The Deadliest Art You Never Heard Of: Enter The 52 Hand Blocks 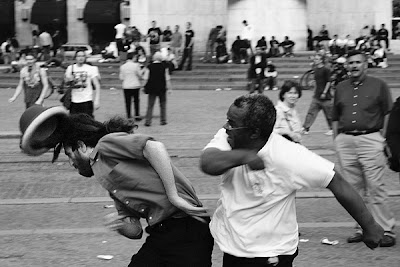 The Hood harbors many tribal secrets.  It has long been the final resting place for black America's uncanny abilities regarding salvage and improvisation.  In this world, scraps left over for slaves become fine cuisine and tennis shoes become apparel worthy of collection and cataloging.  Never underestimate the ingenuity of Black America.  It is impossible to define, and it is always bearing strange and wondrous new fruits.  Often these fruits go unnoticed by the chief gardener for many a moon, only for him to discover them after the townsfolk have already been enjoying them for years.

Black America has always been enamored with fighting systems.  Whether it be Martial arts, slap boxing or street fighting, pugilists of all types hold a special place of honor in the black community.  This goes beyond mere brutality and machismo.  As any brawler worth his salt will tell you, fighting is an art.  One has to be resourceful to survive pitched battles.  it takes discipline to master any craft, Whether that mastery is borne out of recreation and appreciation or out of desperation and necessity.

From that stand point, it makes sense that African American culture would give birth to it's very own martial art or fighting system.  I recently became aware that an artifact of New York City street culture is in fact part of a much larger tradition that is now being recognized and sold as a legitimate form of self-defense.

I had often heard of something called the "52 hand blocks" mentioned throughout my youth.  I had even seen certain guys demonstrate a flamboyant series of defensive arm movements that looked as though they were designed to confuse an opponent: an individual would stand with his guards up.  One arm remains in the defensive position while the hand on the opposite arm slaps it's elbow.  When  that hand returns to it's defensive position, the movement is repeated with the other hand.  The movement is repeated in rapid and furious succession.  It's fairly simple, but it's use always signaled the presence of a true street fighter.

I had no idea that what I had seen was but a small portion of the "52's" in it's totality.   I didn't associate the movement with the term.  As a young adult it came to my attention again when the Wu-Tang Clan began to reference the system in their music (I swear that the early Wu-Tang solo albums are like beginners guides to obscure pop culture).  I had seen it mentioned yet again in a book called Street Kingdom: Five Years Inside the Franklin Avenue Posse by Douglas Century.  I had brought the book on an impulse buy while at Walden Books in the Cross County Mall at Yonkers. 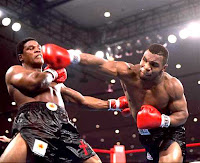 The book was a solid read.  The mentions of British Walkers and The 52 Hand Blocks immediately took me back to my childhood.  It also spoke of Mike Tyson incorporating the 52's into his boxing style.  I figured their had to be something to this.  Was this simply a flourishing move meant to intimidate an attacker, or was it actually useful in a real fight?  Theory and practical application are two different things.  The waters become even murkier when one adds myth and folklore to the mix.  Talk to just about any older cat and they will have you thinking that their generation cornered the market on hand skills.  They could fight better than anyone.

Still, my questions had remained unanswered.  Though I had many relatives who were well versed in NYC street culture, none of them seemed to know anything about the elusive 52 hand blocks aside from those basic moves I had witnessed time and again.  During my brief stint as a correction officer, I had witnessed the 52's in all their glory, though I was too oblivious and ignorant to realize it at the time.  During yard and gym runs, I would often see inmates practicing what looked like mixed martial arts.  I should have known better.  The rhythm was slightly different from the fixed routines found in books and even in movies.  It had even more of an improvisational feel than what is typically identified as MMA.  Lots of ducking and elbow strikes as well as close quarters fighting.  I witnessed this both at Sing Sing Maximum security prison as well as the county jail in Valhalla New York.

I also witnessed the the elaborate calisthenics regimens that were adopted by certain inmates.  It was not uncommon to see endless variations of the pull up and the push up being performed for countless reps.  These men were preparing for war.  I had no idea that convicted felons could be so intricate when it came mastering a craft.  I also realized that anyone who dared tangle with these guys would be at a severe loss if he did not come from their world.  They had both training and experience on their side.  They had the balls to apply the street fighting theory that an outsider could only study in the abstract sense.  If such techniques failed to work, their ferocity would compensate.


I recently mentioned the famed 52's to a friend from Memphis during a Yahoo Instant Messenger exchange about street styled Karate.  He then presented me with a series of YouTube clips that featured the same movements and techniques I had witnessed in the jails.  All of them had been tagged as demonstrations of the "52's".  There it was, documented for posterity.  Not street folklore, but real.  What's more, it was packaged as an actual fighting system.  I did a Wikipedia search and found an even sexier name for it: "Jailhouse Rock".  I read a description of a pugilist tradition that existed well beyond the 5 boroughs of New York.  The "52's" was just the New York variation.

Then came the biggest revelation.  The style had contributed to one of my most beloved movie fight scenes: the scrap between Martin Riggs (Mel Gibson) and Mr. Joshua (Gary Busey) at the end of Lethal Weapon.  That scene has long been held up as an early example of mixed martial arts as well as grittier alternative to more conventional martial arts choreography.  Mel Gibson had reportedly trained under a jailhouse rock expert named Dennis Newsome prior to filming the scene.  The common ground between martial arts/action cinema and so-called "urban" culture were blurrier than I had ever dreamed.  That a Black Man had contributed to one of the greatest fight scenes in modern film had filled me with pride.


I decided to do a Google search and find out just how much info had become available.  I discovered that Douglas Century had done an in depth article about the system for Details magazine called "Ghetto Blasters: Born in prison, raised in the 'hood, the deadly art of 52 Blocks is Brooklyn's best kept secret".  The New York Times had also done a feature on it.  The 52's had gone mainstream.  There were even self proclaimed "experts" offering to teach it.  YouTube videos showcasing the same outlandish exercises I had seen inmates performing routinely in gyms and exercise yards.   I even came across a rather disparaging article by freelance author Phil Elmore over at his site The Martialist in which he tries to debunk the system as a myth.  That the 52's are now prominent enough to warrant such attention is mind blowing.

Jailhouse rock, as it runs out, is more of an umbrella term.  The system encompasses many different variations that are specific to particular regions and even certain prisons and prison systems.  The Wikipedia page dedicated to Jailhouse rock lists Comstock Style and Stato among these variants.  The 52 hand Blocks is said to have emerged from the gang culture that was prominent in 1970's New York City, particularly in the borough of Brooklyn.  Jailhouse rock as a whole is believed to have been cultivated by African Slaves as a means of self defense as they became a fixture in America's penal institutions in the 1800's and 1900's.

So is Jailhouse rock a legitimate martial art and/or system for self defense?  I am not versed enough in street culture to have a definitive answer, but there are some things that I know first hand.  Inmates have nothing but time on their hands.  This time is usually dedicated to breaking and bending just about every rule regarding contraband.  I have also seen a good portion of it used to turn both the body and the mind into efficient machines.  Many inmates are avid readers and work out vigorously.  Discipline is not lost on them.

Among the stacks of pornographic and hip-hop magazines in their cells, you will find the usual gang literature, educational and religious texts.  I have never seen anything that gives instruction on detailed fighting systems, but inmates are masters at hiding things and developing coded methods of passing on information.  Jails and prisons are microcosms.  A metropolis that never sleeps.  There are always things going on under the administrations nose.  Often times efforts to contain and eliminate these activities are not implemented until well after the fact.  In order to catch all of them one would have to be omnipresent.

It is also important to note that ignorance of or obliviousness to certain activities does not negate the existence or plausibility of them.  Once upon a time, people thought it impossible for Los Angeles street gangs to infiltrate New York City.  In the mid to late 90's, reports started popping up in the media of brutal initiation rights targeting innocent bystanders on the subways and in housing projects.  Youths across the city were claiming affiliation with The Bloods.  Little did the general public know that Blood sets had existed in New York since at least 1993.  Various Crip sets had existed under the radar in Harlem since 1989.  The enemy was already in our midst, we just didn't know it.

What does any of that have to do with The 52 hand Blocks or Jailhouse Rock?  It shows how mental and physical discipline are very much present in America's penal systems, and how culture can transcend boundaries and surpass obstacles.  Couple that with the wealth of information that is passed on through various methods and  you have a potent combination.  Under such circumstances,  amazing and startling developments are usually well underway.

So goes another of Black America's best kept secrets, now available for mass consumption.  While some may be worried by this, I see it as cause for celebration.  Jailhouse rock is a testament to our our ingenuity as a people, regardless of it's origins.  Should we not partake in valuable knowledge simply because a criminal subculture happened upon it first?  Should we hide who we are from the world for fear that our enemies may appropriate our tribal secrets or get the wrong idea about us?  nonsense.  Various cultures around the world harbor warrior traditions that are of questionable origins.  The validity of some of these is just as questionable as that of Jailhouse rock, yet so many of us readily by into them.  It's time to explore and embrace who we are.  Alas, so many of us still heed the final words spoken on Enter The Wu Tang... 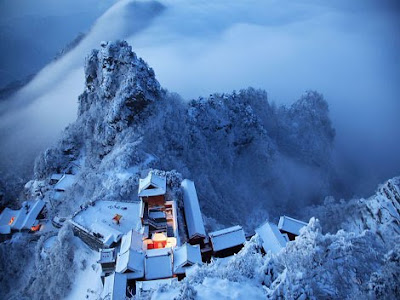