Cavario H. Paints a Harrowing Portrait of a Hustlers Ambition With "Raised By Wolves" 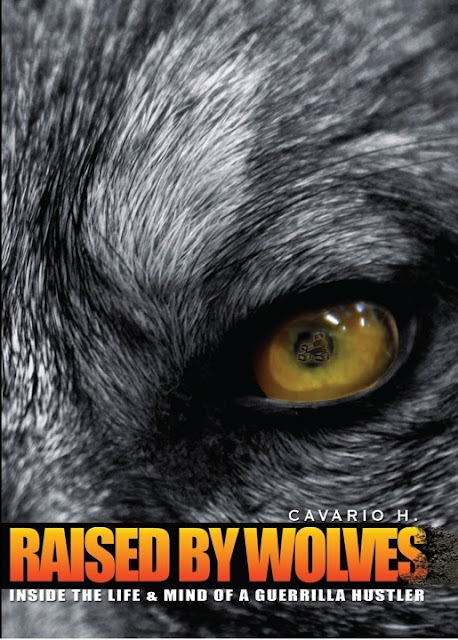 
The last ten years have been a renaissance period in regards to the availability of information on real life black gangsterism.  The popularity of street magazines like F.E.D.S and Don Diva has flourished into an entire cottage industry that includes countless documentaries, books and movies.  All of these purport to tell the "real" story.  Many of them are mired in shameless hero worship and dubious reporting,  or exploitation masquerading as objective journalism.  Fortunately, there are a few truly worthwhile gems amidst the clutter. 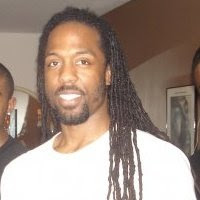 Cavario H., co founder of Don Diva magazine, now gives his take on a hustlers ambition with Raised by Wolves: Inside The Life & Mind of a Guerrilla Hustler.  It is an exhaustive and lengthy work that begins in the golden age of the black gangster and spans into the post crack era ruins of the mid 90's.  Aimed at dedicated and attentive readers, it does not offer the quick and frivolous thrills associated with such subject matter.  Instead, it takes the reader on a meticulous journey with a man who seemed to be bred for the street life.

Cavario begins at the beginning, painting a vivid picture of New York City in the 1970's and the 1980's.  His eye for detail is immediately evident, as is his sense of history regarding his hometown.  This was a time when names like Pee Wee Kirkland commanded huge respect in certain quarters, and the mystique of the hustler was still very much intact.  We learn how Cavario's mother Vivian imparted all sorts of forbidden knowledge to him.  This ranged from killing arts to common sense methods for avoiding unwanted attention from the police.  Vivian herself is the most memorable character from the opening passages, vivid and fearsome, yet doting in her own way.  She clearly loves her son, but she expresses it in way that will be completely foreign to outsiders.

Cavario's career as a "BoPp the Hustler" provides the substance of the book.  Heroin is still the high of choice in 1980's New York, until crack cocaine sweeps through the hood like a brush fire.  Cavario positions himself to take advantage of both vices, combining an insatiable need for money with a keen understanding of his clientele.  He explains in great detail the preparation and methods that go into establishing and maintaining a drug spot.  He also breaks down the science behind the preparation of the drugs themselves, as well as how they are rationed out to the fiends in order to maximize profits expand product.

The action moves from the five boroughs of New York City to the seedy streets of Baltimore, where smack is still the drug of choice.  Cavario's quest for the almighty dollar eventually takes him up and down the eastern seaboard.  Every city has fiends eager to be served and enterprising hustlers eager to make money.  Different hoods are infiltrated through stealth and cunning instead of brute force.  Talking one's way in and out of situations is shown to be more valuable than using a gun.

The book admirably avoids the telling of tall tales.  Cavario speaks of being able to acquire certain creature comforts and luxuries with his ill gotten gains, but he never throws around any astronomical figures.  The reader will not read about powder being shipped in by the metric ton, or mafia style organizations that hold the town in a vice grip. Raised by Wolves shows hustling to be a constant grind, where sleep itself is a luxury afforded by few.  Cavario seems to have relatively little time to enjoy the spoils of war because he is to busy mapping out and then executing his battle plans.

Raised By Wolves also offers insight into the emotional toll that hustling takes on the individual.  Feelings of pain and guilt are never shown, but they are always present.  Friends and relatives become unfortunate casualties of war.  Those who haven't the drive or the resilience for "the life" don't heed Cavario's warnings and proceed at their own peril.  "The life" does not honor blood ties, and even those closest to Cavario are not spared its wrath.

The massive length makes it hard to process the avalanche of information in a single sitting.  The 450 plus page tome is brimming with names, dates, places and events.  Cavario lays it out as smoothly as can be expected, but sometimes it feels like too much of a good thing.  Raised By Wolves is best digested over a gradual period and not instantly devoured like a pocket sized pulp novel.  Patient readers will be rewarded.

All in all, Raised by Wolves is a considerable achievement.  It transcends its origins and defies the limitations and stereotypes associated with such novels.  By journey's end, the reader has come to know Cavario and his world as well as any outsider could possibly hope to.  It will leave its readers feeling exhausted and world weary, desperately needing a break from it all.  One suspects that was the entire point.


The order a copy of Raised By Wolves: Inside the Life & Mind of A Guerrilla Hustler go to https://www.paypal.com/cgi-bin/webscr?cmd=_s-xclick&hosted_button_id=9812400