"Predators" Proves Itself a Worthy Reboot 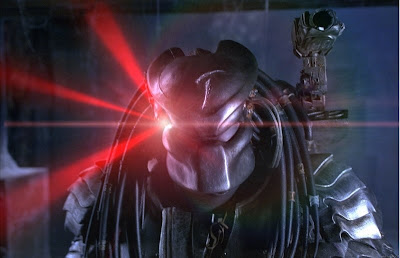 Eight people find themselves inexplicably thrown together in a mysterious forest.  Though they all arrived via the same means, none have any idea how or why they are in such a predicament, but all are warriors of one sort or another.  There is the special forces soldier Royce (Adrien Brody), who eventually emerges as the reluctant group leader.  Russian Spetsnaz soldier Nicholai (Oleg Taktarov) shoots first and asks questions later.  Mexican Drug cartel enforcer Chuchillo (Danny Trejo) wields twin Mp5's like a gunfighter out of the old west.  IDF Black Ops Sniper Isabelle (Alice Braga) is the most dangerous woman on earth when peering through the scope of her rifle.  RUF officer Mombasa (Mahershalalhashbaz Ali) cuts a stoic and imposing figure.  Death Row inmate Stans (Walton Goggins) is a incessant chatterbox who is nonetheless dangerous.  The seemingly mute Yakuza enforcer Hanzo's (Louis Ozawa) bewildered demeanor belie his skill with a katana.  Among these fearsome fighters, only the nerdy doctor Edwin (Topher Grace) seems out of his element.

Save for the disgraced doctor, this rag tag bunch of scrappers would seem well equipped to handle anything these mysterious forest throws at them. Alas, as they explore the terrain they realize three decidedly inconvenient truths:

As these revelations gradually sink in, the group has little if any time to take stock of the situation and consider any options.  The mysterious hunters give relentless chase, giving the heroes no rest.  Royce, ever the loner, finds himself charged with not only surviving the game, but finding a way home.

Predators is both a franchise reboot and direct sequel to the original.  While it does not disregard to the continuity of the second film, it does not actively acknowledge it either.  The Aliens Vs. Predator films are thankfully discarded like dead carcasses on the side of the road.  Producer Robert Rodriguez and Director Nimrod Antal not only return to the franchises jungle survival roots, but pay loving tribute to the high concept Schwarzenegger vehicle by making Predators a virtual shot for shot remake.  The results are a decidedly mixed bag.

There are any number of call backs to the original.  The locale is the most obvious one, despite it being located on a fictional planet.  The scene where the commando unit joins Sergeant Mack (Bill Duke) in laying waste to an entire patch of jungle is referenced, as is Billy's mano-a-mano confrontation with the Predator.  The strains of Alan Sylvestri's theme music have been interpolated into the score.  Predators also shares the originals fetishism of exotic weaponry.  Royce brandishes an automatic shotgun with a drum magazine.  Nicholai wields a helicopter mounted Gatling gun not too dissimilar to "Ole Painless".  The parallels are endless.

The decision to plop these characters on another planet is a stroke of genius.  It effectively ups the stakes and delves further into the Twilight Zone atmosphere that was vaguely present in the original.  The concept of the original Predator would have been right at home as an entry of the classic sci-fi anthology series, offering an abject lesson in what happens when the roles of predator and prey are reversed.  Predators go even further into sci-fi territory, leaving the makeshift military unit no real escape, as a planet is a little harder to escape from than an  island.

Also interesting is the decision to make these characters of different "tribes".  They have no loyalty to one another, inviting the prospect of infighting that will only complicate the situation.  It's a rather cliched scenario, but it is tailor made for movies of this sort.  With the exception of the deceitful and self serving Dillon (Carl Weathers), the commando unit in the original had gone on countless missions together and where comrades in arms.  They clearly trusted each other with their lives.  The humans in Predators are mostly self serving and would feed each other to the wolves at a moments notice.  Again, hardly original, but it makes sense.

The dialogue seems half baked, consisting of every imaginable tough guy cliche.  Almost every exchange unfolds as expected, robbing many of the quips of their desired impact.  None of it is exactly cringe worthy, but it doesn't add anything to the proceedings either.  Just a little more imagination would have done the screenplay wonders.

Director Nimrod Antal is nowhere near John Mctiernan's skill level when it comes to generating suspense, but he's no slouch either.  The opening passages gain much from simply throwing the characters headlong into the situation with no explanations as to how they got there.  The effect is jarring and disorienting. 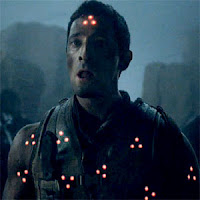 Adrien Brody is quite believable as Royce.  He seems to understand that being a good action hero is more about presence and personality than actual acting.  Lacking Arnold's physique, he opts for the silent but deadly shtick.  At times, he seems to be in an unofficial contest with Christian Bale for worst Clint Eastwood impression, but for the most part he doesn't allow himself to go too far overboard.  The original was selling the persona of Arnold as well as the premise.  Predators is smart enough to realize it doesn't have that caliber of star on its hands (though Brody is without question an immensely talented actor) and as a result does not function like a star vehicle. 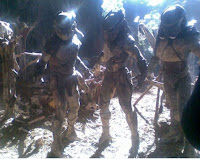 The Predators themselves seem a lot less deadly this time around.  In earlier installments it was established that elite commando units and heavily armed gangs/drug cartels were no match for one Predator.  Here, a small group of people with no connections to one another are able to evade more than one predator for an extended period of time.  It feels a bit inconsistent to say the least.  We aren't treated to any strange new weaponry of note.  Still, there is palpable tension whenever one of the dreadlocked warriors appears onscreen.  The pincers that guard their mouths form a fearsome "keep away" sign.  Stan Winston's original design is still every bit as repulsive now as it was in 1987.

Predators is a serviceable B-movie, even lower brow than the original.  It ambitions are meager when taking into account the considerable task it has in front of it.  The AVP hybrids have rendered the once potent franchise limp.  This stripped down reboot will provide a nice trip down memory lane for the faithful, but it could have been a bit more.  On that level, it is very similar to the best of the Planet of the Apes sequels.  It might not stand on its own and it might not hold up to serious scrutiny, but it still gets the blood pumping enough to register a pulse.  If only Rodriguez and Antal had really cut loose and had fun with the concept the way Stephen Hopkins did on the second film.  Predators will do for now, but it is a little too aware of its own legacy.