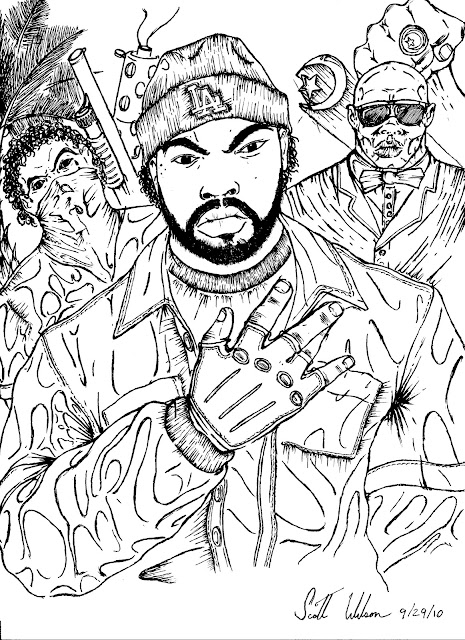 Sometime in the summer of 1990, my older relatives from New York deemed Ice Cube as the "exceptional" west coast rapper.  In other words, it was okay for me to like his music.  Thus began one of the strongest connections I ever had to an artist of any kind.  Ice Cube was my favorite rapper from fall of 1990 up until the release of Redman's debut Whut Thee Album in the fall of 1992.  I listened to the "life side" of Death Certificate obsessively.  After only a few weeks the print and song titles were barely visible on the cassette.  I almost had a heart attack when my walkman ate the tape.  Luckily my father, ever the handyman, was able to rescue it from oblivion even though he strongly disapproved of my taste in music.

I rode with O'shea through the relatively disappointing (at the time) releases of Predator and Lethal Injection.  I never really hated either.  In fact I liked quite a few songs on each.  They just never clicked with me the way Amerikkka's Most Wanted, Kill at Will and Death Certificate did.  Cube became something of a non-factor to me during the mid to late 90's and onward.  Part of this was due to me getting older and moving on, another was that he declared war on the big apple at the height of the East/West feud.  Still, my love for his early work refused to be faded.  He taught me what it meant to be timely and fearless.  He showed me it was possible to make art that was both popular and potent.

As a grown man, I respect Cube now more than ever.  Not only is he one of the few vets who has aged gracefully as a MC, his catalog contains more direct hits than misfires.  He may not be a real gang banger or a true black militant, but he is surely one of the greatest rappers to ever grab a mic.  This Drawing is a salute to Ice Cube and what his music meant to me as youth, and what it has grown to mean to me as a man.  On "The Nigga You Love to Hate" he urged us to yell "Fuck You Ice Cube" at the top of our lungs.  I'd rather give the brother a pound and say thanks.  Per his request, I'll make it a firm shake.