Musical Memory: St. Ides Commercials Went Down Easier Than The Beer Itself 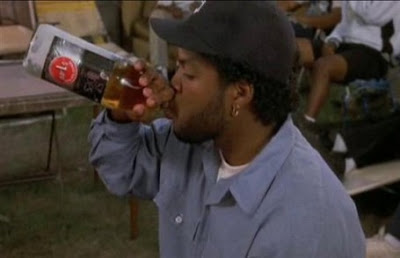 I never was much of drinker, mostly because it's hard for me to imbibe something if I can't stand the taste of it.  When I moved to Mount Vernon, NY in the mid 1990's, I fell in with a crowd that frequently indulged in the recreational use of mind altering substances.  At the time, alcohol seemed to be the most benevolent and fashionable of the aforementioned poisons (that, and my aversion to smoking, snorting or injecting anything into my body repulsed me from trying any of the harder stuff).  The preferred lager of choice was malt liquor, which can be found in the cooler of any corner store or bodega.  The crew I hung out with would alternate between Old English 800 and St. Ides Malt liquor.  The more refined among them had graduated to Budweiser.  I chose St. Ides for three very important reasons: the "Crooked I" logo that appeared on the label of the 22oz bottles was reflective on the adhesive side, meaning that it looked cool when viewed through the opaqueness of cheap beer and glass.  The second was that multiple viewings of Boyz N the Hood, Juice, and Menace II Society added a certain chic to carrying around a 40oz glass bottle filled with dark brown, foamy water.  The third is that the commercials for it featured some of my favorite rappers of the time.  I was young and easily influenced.  Sue me. 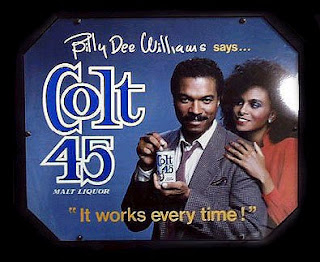 A bit of background for those who don't know: Malt Liquor is beer with high alcohol content.  More specifically, any alcoholic beverage equal to or exceeding 5% alcohol by volume.  Well, St Ides contained a whopping 8.2 percent alcohol by volume, making it one of the most potent around.  In many ways it was a successor to Old English 800.  During the 1990's, malt liquor companies began to aggressively target the "urban audience" (IE young African Americans).  This was hardly new even back then, as anyone old enough to remember the Colt 45 commercials featuring Billy Dee Williams can tell you.  What made St. Ides stand out was that its advertisements skewed really young, as evidenced by its use of rappers to hock its wares.  Keep in mind that the rap artists used were not of the "pop friendly" or crossover variety.  You wouldn't see Hammer in a St. Ides commercial.  Who you would see were your favorite hardcore rappers of the period.  The kind of guys that made it to gold and platinum success through word of mouth and street acclaim.  This added an air of legitimacy to the brand. 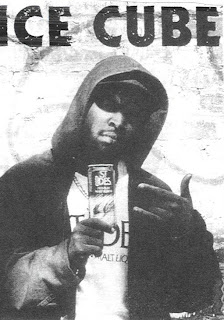 This drew the ire of many who saw such marketing as dangerously irresponsible, as a good deal of the fan base for these artists were not of legal drinking age.  Many saw the marketing of malt liquor to minorities as tantamount to cultural genocide.  Rumors of certain brands causing sterility and violent behavior in black men ran rampant through the hood.  Ice Cube remained the brands most consistent and visible spokesman in spite of the black nationalist stance he took on albums such as Death Certificate.  When the company used Public Enemy front man Chuck D's voice in an advertisement without his permission, the self proclaimed "rhyme animal" went ballistic and sued the Mckenzie River Brewing Company.

It is important to remember that this was long before rappers became enamored with expensive alcohol.  They saw more honor in swigging mouthfuls of malted barley on the stoops, porches, and street corners of America.  Whether you lived in a high rise project in Brooklyn or in the lower income areas of the south or the midwest, rest assured there were gaggles of true blue brothers tipping bottles in tribute to fallen comrades on a corner near you.  At the time, I too saw them as being more "authentic" than me.  The great thing about youth is how it affords one a number of excuses for stupidity.

My new found relationship with malt liquor was a short lived joke in very poor taste (both figuratively and literally), though my need to feel "down" prevented me from seeing that.  The permeating, putrid taste of "Crooked I" brew gave me such a hard time that once I numbed my palette with an entire roll of Certs before guzzling a bottle.  The fruit flavored variation of St. Ides, called Special Brew, wasn't much better.  You can add fruit flavors to refined urine, but at the end of the day you're still drinking piss.  I used to laugh at the reactions of more seasoned and knowledgeable drinkers as they tasted Special Brew for the first time, and they used to laugh at my guttural taste in beer.  By the late 90's I was back on the wagon for the long haul.  In fact, I was driving it.  Good riddance.  Kool-Aid and fruit juices have always been more my speed. 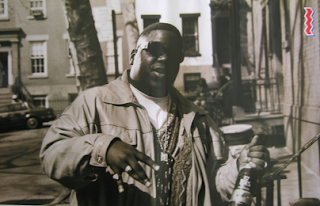 The one thing I will always savor as a gift from the malt liquor Gods in corporate America are those glorious commercials and posters.  As a fanatical Ice Cube fan during the early 90's, there was only so many ways you could be exposed to him.  It was exciting to see him in a commercial selling something while portraying the same character I had gotten to know on Amerikkka's Most Wanted and Death Certificate.  Plus, he was always rapping, not simply reading an endorsement slogan off of a cue card. Rappers did actual songs for these commercials, and they were dope!  The advertisements done by Cube, The Notorious B.I.G, Snoop, 2Pac, The Geto Boys, Cypress Hill, MC Eiht, Eric B & Rakim, King-T and The Wu-Tang Clan could just as well have been excerpts from a mixtape.  None of these songs were ever "officially" released on albums or as singles.  The only way you could hear them was by  the commercials or catching the radio spots.  That's right, St. Ides was hooking up fans with exclusive content!

St. Ides understood what mixtape DJ's always had, that fans want that new shit.  In the spring of 1995, B.I.G rapped over what would end up being the instrumental of the Dogg Pounds infamous New York, New York.  The commercial aired months before the November 17th release date of New York, New York as a single, or the Halloween release of the Dogg Pound's debut Dogg Food.  Wu-tang performed a spot that ended up being ambient noise in a skit on Only Built 4 Cuban Linx.  Even commercials featuring lesser known artists had something to offer.  Peep the emotional violin sample that Threat rhymes over on his spot.  Just crazy!


These days, rappers of all kinds can be found endorsing all manner of products.  40's have long since become the exclusive province of broke ni**as, as drinking expensive liquor, prescription cough syrup and popping pills are seen as much more attractive vices.  In the end, I never really developed a taste for liquor, though I have been known to enjoy a Rum and Coke and fruity "light weight" drinks on occasion (Man Law: Never be seen in public holding a glass with an umbrella sticking out of it).  Parrish Smith may "crack a forty-O" and go for his, but I'd rather do so with some sweet tea or lemonade.  What I will always savor is that great music, as I continue to ponder how one of the greatest rappers ever managed to sling "bean pies and St. Ides in the same sentence".