The Marvel Heroes Have Entered The Game Grid! 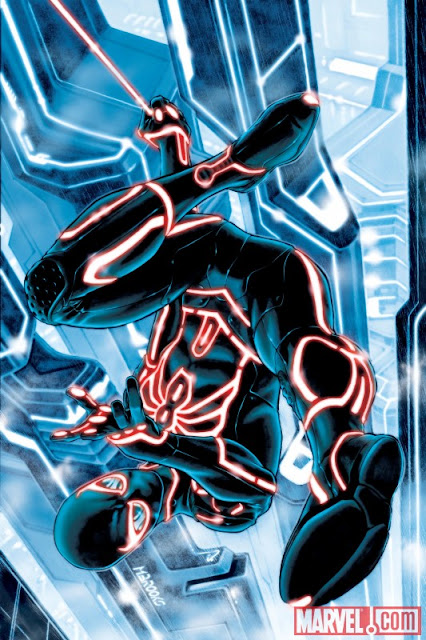 As the Disney marketing machine kicks into high gear for the December 17th release of Tron Legacy, it has blessed us with the coolest bit of cross promotion in quite some time.  Marvel has prepared a series of variant covers for some of its biggest titles in anticipation of the film's release.  Each one features a different Marvel hero decked out like a game warrior, neon lights and all. It's really satisfying to see a bit of movie marketing that feels unforced and organic.  Perhaps the "mouse house" and the "house of ideas" aren't such strange bedfellows after all.  Below are a few of my favorites.  The full selection can be viewed at Geek Tyrant.  Enjoy!