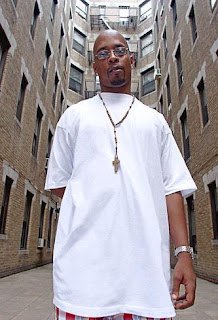 Age and maturity have a way of removing the rose colored glasses from our eyes, or so we'd like to think.  The ever increasing distance from our childhood and teenage years  can sometimes intensify feelings of nostalgia as opposed to tempering them with wisdom.  We assume that as adults we can handle the truth about our childhood heroes, although our fondness for the past can make acceptance of the truth difficult.  Sometimes it's necessary to have those blinders removed by force.

Old school rap fans tend to remember the golden era (and all preceding eras of hip-hop) as an artistic renaissance that operated without the drug addled  decadence and materialism that has since become a hallmark of the culture.  Sadat X recently ripped that shroud of innocence and righteousness away  in a YouTube clip recorded for The New York Minute.  In the clip, Sadat matter-of-factly discusses the popularity of "woolies" during in the 1980's.  "Woolies" were a mixture of crack and marijuana that became a fixture on the New York party scene.  Sadat reminisces on the brief period of freedom that existed before crack became illegal.  He not only admits to partaking in the drug, but reveals that "everybody was doing it" as the stigma of being a "crack head" didn't yet exist.


Sadat also touched on how the hedonistic atmosphere of the era was enhanced and personified by "bosses" such as George "Boy George" Rivera.  Rivera was an exceptionally flamboyant heroin kingpin from the South Bronx who amassed a multi-million dollar fortune during the crack era.  He managed to do this while in his late teens.  Sadat  makes a point of saying that though drugs are still present in the current hip-hop scene, the likes of  Boy George and his ilk are nowhere to be seen.  So not only were the "good old days" not as good as we remember them, they were largely a facade.

What makes Sadat's admission significant, aside from his animated and shockingly candid demeanor, is his membership in what was once regarded as one of Hip-Hop's more "conscious" groups.  Brand Nubian spread the gospel of the 'Nation of Gods and Earths' at a time where conscious rap was losing its relevance.  Though their music was a bit more hedonistic (and violent) then their reputation would lead one to believe, they never openly endorsed the recreational use of crack cocaine.  Most rappers didn't.  By the time Brand Nubian hit the scene, crack had long been criminalized and was no longer in vogue.

The image of the modern rapper was largely inspired by that of the crack kingpins of the 1980's.  That influence infiltrated the music itself as well, taking center stage by the mid 1990's.  Regardless of what revisionist historians would have us believe, Hip-Hop was never pure nor innocent.  Our forefathers partook in the forbidden fruits of the devil's buffet while presenting a quite different mindset to the fans  They lament the hedonistic orgy that hip-hop has become, unwilling to acknowledge their role in that outcome.  Instead of keeping the past enshrouded in lies, it would be better if they allowed those of us with an appreciation for the past to see it as it really was.  Props to Sadat X for coming clean when he had nothing to gain by doing so.