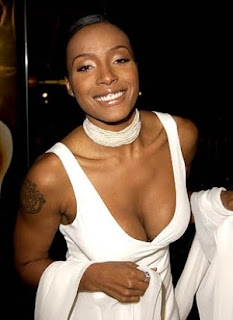 A full figure and a beautiful complexion. In fact, that is the main word comes to mind: Filling. There is something nourishing about Nona's earthy beauty that pleases both the eyes and the spirit. She has a look that is at once "exotic" yet unmistakably black. The feisty attitudes displayed by her characters in Blood and Bone and The Matrix sequels only add to her appeal. 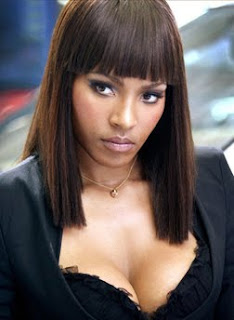 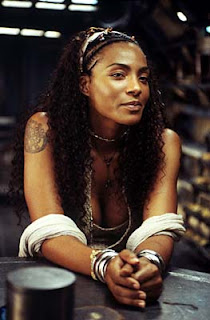 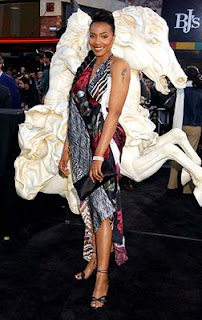 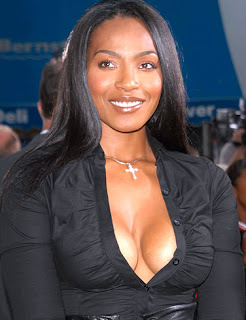 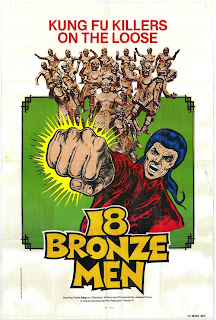 Exploitation films often employ novelty as a way to distinguish themselves in the marketplace. When one doesn't have the resources and money of the Hollywood studio system, anything that can make your product stand out is fair game. After all, It is called "Exploitation" cinema for a reason. That is why we watch them.

Perhaps it is unfair to characterize all exploitation films as being so shrewd. It takes a real sense of invention to maintain the assembly line pace that most exploitation genres operated on in the 1970's. Necessity is the mother of invention, and when the usual tools aren't available, flamboyant gimmicks sometimes are necessary. If the end product is satisfying, who cares what methods are employed?

The Kung Fu films of the 1970's were no exception to the rules regarding exploitation films. While the plots themselves rarely differed , filmmakers were not above using the most outlandish gimmicks and plot devices to grab and hold the viewers attention. The sound and special effects only added to the fun. The best such efforts had an odd way of overriding the "quality control" portion of your brain. While what you are watching might not be "good" film-making in a technical sense, it pulls you in regardless.

Joseph Kuo is just such a filmmaker. He has a number of non Shaw Brothers martial arts films to his credit, many of which have become cult favorites in the west (Most notable among these is arguably The Mystery of Chess Boxing. He has certain entries in his filmography that are downright bizarre, such as 1975's 18 Bronzemen.

Shao Lung (Tin Peng) is abandoned as a baby after his father was murdered. He is raised to adulthood in the Shaolin Temple. While there, he masters the martial arts and hopes to one day leave the temple and avenge his family. In order to leave, he must pass one final test: defeat the 18 powerful Shaolin warriors donning metallic paint (Some also sport armor and weapons). They must be confronted in a stone temple filled with various rooms and traps.

The sequences that revolve around the confrontations with the Bronzemen of the title are the most outrageous. In one scene, the main characters confront Bronzemen in suits of armor that make them look like gold plated Michelin Tire Men. The lumbering movements are right out of a Japanese Kaiju film, and the entire scene would not look out of place in a B Level science fiction film from the 1950's. The audacity of the scene makes it priceless. You could watch dozens of American films and never see anything that unusual.

The other elements of the plot are rather unremarkable, but thankfully we are graced with the presence of Carter Wong as one of Shao Lung's fellow students. Carter is better known to western audiences as "Thunder" from John Carpenter's Big Trouble in little China. He sports the same furrowed brow and exaggerated facial expressions that made him one of the bright spots of that film. He also serves as the films most imposing physical presence and it's most convincing physical performer.

films like 18 Bronzemen are what make the "Chopsockies" of the 1970's an endless cavern of cinematic discovery. Regardless of how moribund the genre can seem at times, it can also be a delightful ride through the more unusual annals of exploitation cinema. We should be thankful for filmmakers like Joseph Kuo and for films like 18 Bronzemen. How boring and mundane would our lives be without them?