When Keeping It Real Goes Wrong: A Public Service Announcement From The TR-808 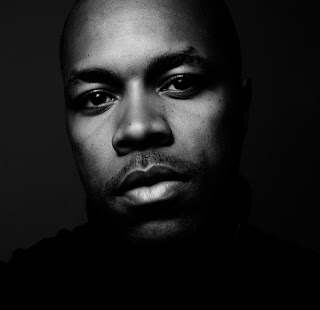 Vivid storytelling is an essential part of Mc'ing, and tends to be highly undervalued. Nothing is a better testing ground for an artists skills. Though Rapping has it's roots in partying and braggadocio there's no reason for it to remain limited to that definition. Check out any of Raps sub genres and you'll find that many of the best songs include some form of storytelling. 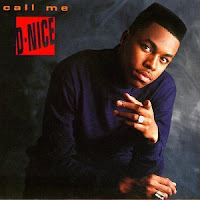 Quiet as it's kept, Derrick "D-Nice" Jones had one of the catchiest Rap songs of the early 90's with the self descriptive and boastful "Call Me D-Nice" (from his debut album of the same name). Why it didn't become a platinum selling hit back then is anyones guess, but it did provide a glimpse at what the young Boogie Down Productions affiliate was capable of. Known mostly for the beat boxes and guest verses he provided on various BDP Projects, D-Nice was a constant presence and an instantly recognizable name for any true BDP fan. By all accounts, "My Name is D-Nice" pointed the way to a very successful career. 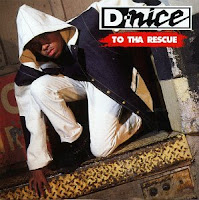 However, it would not be until the release of the first single on his second LP "To tha Rescue" that would see the TR-808 truly stretch his artistic chops. He offered up a lively tale that starts in the mundane quickly veers into nightmare territory. That tale was the ominously titled "25 Ta Life" 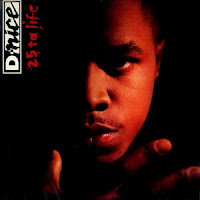 While sipping a beer on hot summers day, D-Nice welcomes the flattering attention of some pretty young ladies. A few jealous onlookers take exception to his his good fortune. When one of them challenges D to a fist fight and loses, his friends proceed to give D a route ass kicking. As D collects himself, a Good Samaritan slips him a semi-automatic pistol with which he proceeds to handle his business. The song title alludes to the results of his actions.

The story ends rather abruptly, but D fills the three minute running time with an amazing attention to detail as well as a play by play account of the events as they unfold. The juke joint liveliness of the musical accompaniment leaves you unprepared for the bloodbath that occurs at the end. Your nodding your head, and suddenly the seemingly trivial activities of a summers day gives way to life changing tragedy. 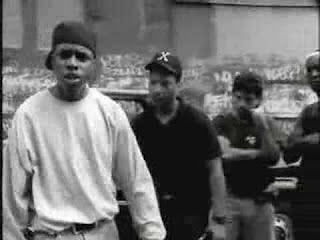 The video clip for the song is quite simply perfect. Shot in garish black and white and featuring a variety of zooms, close ups and weird angles, the piece draws you even further into the tale. It's a near perfect marriage of image and sound, and manages to tell a compelling tale in a remarkably short amount of time.

The single and video were released in the fall of 1991, when Rappers had considerable leeway with what they could depict in a song or in a video. Firearms could be brandished with abandon. Violence was okay as long as gunshot and stab wounds were not graphically depicted. Gangsta rappers of the day could not go all out, but enough room to craft effective visual representations of their street cred. Such an environment allowed small, low budget masterpieces like "25 Ta Life" to spring forth.

Posted by Unknown at 3:48 PM No comments: