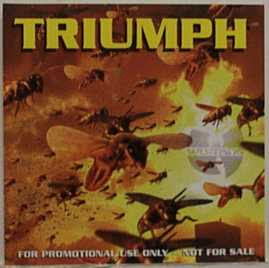 In the summer of 1997, The Wu-Tang Clan needed a grand single and an even grander video to herald the arrival of their much anticipated second album Wu-Tang Forever. It had been four years since the clans debut, and a series of well received solo projects only heightened expectations. This double LP would represent the next phase of the Wu-revolution. It would either cement their legacy or expose them as little more than a glorified gimmick. Diddy's shiny suit movement was well under way in the wake of B.I.G's death. This showed that if you wanted to capture the imagination of the public, you had to think big.


"Triumph" proved to be the silver surfer to Wu-Tang Forever's Galactus. Though the album sold well and was musically superior, it received a mixed reception from it's core audience. It was a victim of overblown expectations and changing musical tastes. However, the lead single "Triumph" perfectly captured the excitement that was generated by it's release and the confirmation that a new Wu album was indeed on the way. The single was unusual for its time in that it was not designed to be catchy. It has no chorus, and the beat is anything but danceable. The track consists of a thunderous 808 stomp and synthesized violins that could very well be scoring an epic battle field movie. The pitch of the sample changes and builds as each clan member lays down a verse. Inspectah Deck is first up to bat, and his verse is considered to be his best ever.

The visuals that accompanied the video had to be equally epic. The clan enlisted the help of a pre-Rush Hour Brett Ratner. The result is a bombastic orgy of comic book visuals and apocalyptic imagery. This was not in keeping with the gritty aesthetic of the earlier Wu-tang videos, but consistent with the mythic themes that permeated their work. As the video begins, all hell appears to be breaking loose. A swarm of killer bees attacks the big apple and the Wu-tang members suddenly reveal superhuman attributes. Old Dirty becomes a suicide bomber. Inspectah Deck scales a building in Spider-man like fashion. Method Man follows in the Ghost Riding footsteps of his Alias Johnny Blaze. RZA dons wings and escapes from a maximum security prison. GZA hovers above the earth like The Watcher. Masta Killa restores sight to the blind. Does any of this make sense? Not to the uninitiated, but it still makes for a entertaining mixed bag.

"Triumph" is rarely mentioned anymore when folks speak of the clans very best. Perhaps that is due to overly serious and east coast biased hip-hop purists who wanted RZA to maintain the gritty, crate digging aesthetic he pioneered on 36 chambers and perfected with Cuban Linx. His vision for the Clan was grander than that. He wanted to conquer more than the five boroughs of NYC. He set his sights worldwide. As white fans at Clan shows began to outnumber black ones, the east coast hip-hop scene moved on to greener and more profitable pastures with the likes of Roc-a-Fella and Ruff Ryders. While that era birthed it's share of legitimate classics, it is important to acknowledge what RZA and his associates attempted to bring to the table. So if you want to hear the vocals to that instrumental that greets you every time you visit the introspection section, pause the player on the right and watch the Youtube clip. You know the drill! 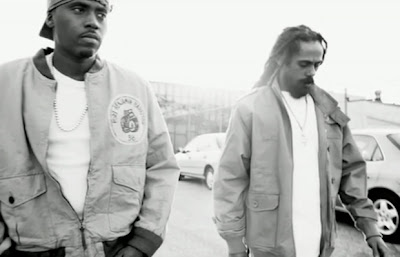 There are always those who stand out from the pack. Those who distinguish themselves with confidence and swagger. Those who inspire us with their actions and their words. Individuals like that are more rare than the most flawless diamond. That is why we sing their praises and build monuments to them when they make themselves known. By allowing their light to shine brightly, they inspire the best in all of us. That kind of inspiration is what keeps us progressing as a species.


Nas and Damian Marley offer up an intoxicating meditation on just what attracts us to those types on the their song "Leaders", featuring Stephen Marley. It's my absolute favorite song off of their new collaborative LP Distant Relatives. The song is a concentrated dose of everything that makes them both exceptional artists.

Acoustic guitars and a sharp, Reggae influenced bassline roll along as smooth as a summer breeze. The hook itself sounds like a tribute to the rising sun. Nas offers his usual abstract gems that combine images of black criminality and black consciousness. Elsworth "Bumpy" Johnson is elevated to the same category as more prominent and legitimate black leaders. While such comparisons may be off putting to some, the point rings load and clear. Bumpy was a leader of men. He captured the imaginations and hearts of those around him. That's what this song is about.

Damian Marley's soft Reggae crooning taps directly into our collective subconscious, giving voice to the child in all of us that yearns to be somebody. He simultaneously exposes the inherent danger in blind hero worship and shows why "hero" types are so essential to the development of children:

Who do I follow?
Who do I copy?
Look in to the mirror
and it’s you I see look at me
everything new, like it fresh from the factory
everything you do, it impact me
your lifestyle attract me, parents try distract me
when I grow up, I want to be like you exactly.

It is not merely a love poem to larger than life icons, but a musical extension of our collective admiration for those who possess that magic "It" factor. As the Green Goblin once said to Spider-man, the "exceptional" people. This world would be all the more bland and aimless without them. So click pause on the player to the right and then click play on the Youtube clip below to become inspired. Appreciate your "leaders".