Someone Finally Got A Bigger Boat 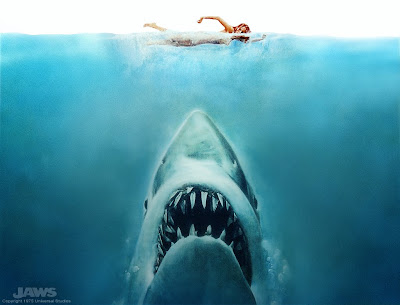 As it turns out, Bruce the shark was not blown into a thousand pieces by an exploding oxygen tank at the end of Jaws.  He was recently located by NPR reporter Cory Turner at a Junkyard in the Sun Valley area of Southern California.  Not a very dignified resting place for the star of one of the biggest hits of all time.

The mechanical great white was cast from the same mold as the three that were featured in Steven Spielberg's seminal blockbuster.  After hanging on display at Universal Studios theme park for 15 years, the giant prop went missing in action.  It has already been authenticated by Joe Alves and Roy Arbogast, who both served on the Jaws art department all those years ago.

While it's disconcerting to see a piece of movie history treated so shabbily, it's nice to know that a descendant of the famously malfunctioning Animatronic has survived throughout the years.  If Bruce had actually worked as intended during the filming of Jaws, he'd have made his first appearance much earlier in the film.  Had that have happened, one of the biggest movies of all time might have turned out quite differently.

You can read the full story over at Yahoo Movies: http://movies.yahoo.com/feature/movie-talk-jaws-shark-hunted-down.html

Posted by Unknown at 1:44 PM No comments: