Ye Olde Grindhouse: The Kid With The Golden Arm 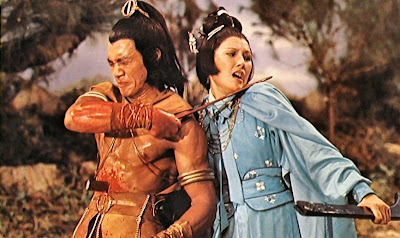 Classic Kung-Fu movies are not just the Hong Kong equivalent of B-Westerns, they are also forerunners to modern superhero blockbusters.  Many of the same genre trappings are in place.  The Characters wear outlandish costumes and exhibit even more outlandish abilities.  They are often defined by these attributes to the point where they are named after them.  The themes often deal with revenge, honor and duty.  It's a shame that so many westerners allow production values and cultural differences to prevent them from enjoying the inventiveness and energy to be found in these films.