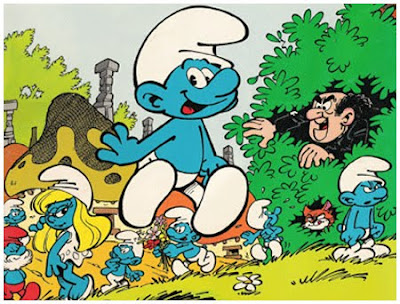 Much to the chagrin of movie buffs and cultural critics everywhere, syndicated cartoons have been making successful transitions to the silver screen over the past few years.  It should come as no surprise that even the most seemingly unlikely of properties are being considered for adaption.  There is no premise that is too outlandish for Hollywood. 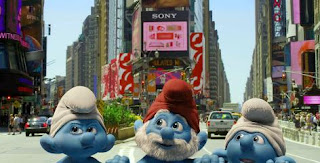 The Hollywood Reporter has provided the world with the first glimpse of the title creatures from the upcoming Smurfs movie.  Yes, you read that right..a live action Smurfs movie.  The plot has the little blue creatures inexplicably ending up in our reality after being chased out of their village by Gargamel.  It seems that only a small fraction of the film will take place in the fantasy setting seen on the Saturday morning cartoon series. 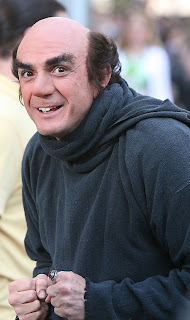 Judging from the images we have seen thus far, the film will be 100% faithful from a visual standpoint.  Hank Azaria looks strikingly like Gargamel and the design of the Smurfs themselves is spot on.  Will any of this result in a movie that anyone over the age of 30 will want to see?  Highly doubtful.  Aside from nostalgia, the prospect of a feature length, live action Smurfs film is hardly appealing to any but the most die hard fans.  Still, there is something morbidly fascinating about the leaked photos.

Update: The teaser trailer has leaked, and it has a strong Alvin & The Chipmunks vibe.  The Smurfs themselves don't exactly look "real", but maybe that was never the intention.  A CGI animated feature like the ones put out by Pixar or Dreamworks may have been a better direction for this project.   Still, I wouldn't be surprised if this made upwards of 200 Million and inspired a brand new animated series on Cartoon Network.

Posted by Unknown at 4:44 PM No comments:

The Post Modern Gunslinger: An Interview With Ben Ramsey, Director of "Blood and Bone" 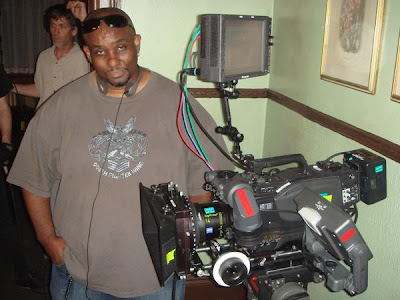 Unlike many of the film makers who churn out genre pictures these days, Ben Ramsey actually understands his audience.  He doesn't see them as a demographic to be catered to, but a large fraternity of which he has always been a part.  Ben grew up watching and loving action films of all kinds, and now he makes them.  He has a fan's love for action cinema tempered by a keen understanding of how the movie business actually works.  His latest project, The Micheal Jai White vehicle Blood and Bone, has been wowing martial arts fans since its release on DVD this past fall.  You can check out my review here.