The Most Unforgiving Hood Film Of It's Day 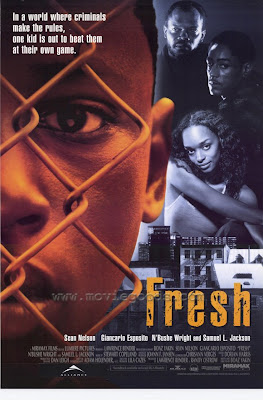 The films that feed America's gangster fetish rarely focus on the truly disturbing side of crime and the environment that breeds it.  Even the best crime stories focus on the sexier elements of the game.  America loves to revel in pitched battles between rivals or see characters indulge in the spoils of war.  What of the things we don't see or hear about?  What of the kids who are kidnapped and killed in order to "send a message"?  What of the criminals who truly have no code or boundaries?  Those stories tend not to be as marketable, and so filmmakers stray away from them.

In the fall of 1994, as the early 90's "Hood" movie cycle was still in high gear, a gritty little crime tale quietly slipped in and out of theaters.  It wasn't set in the then popular world of L.A. gang warfare, and it didn't benefit from a soundtrack filled with the more colorful Gangsta rappers of the day.  It featured no rappers among its cast, and presents a young child as its protagonist.  It fearlessly showed scenes that depicted not only cruelty to animals, but cruelty to children.  The world it presented was harsh and unrelenting. It offered its hero no respite, and the viewer no relief.

That movie was Fresh, written and directed by Boaz Yakin and starring Sean Nelson as the Michael, who goes by the nickname that serves as the films title.  Michael is a 12 year old boy in Brooklyn who works as a runner for local drug lords Corky (Ron Brice) and Esteban(Giancarlo Esposito).  Because of his circumstances, Fresh has been forced to grow up much too fast.  He is wise beyond his years.  He handles situations like an adult although he isn't one.  His calm and collected demeanor often causes the adults around him to react to him as a peer, although they clearly see other wise.

Fresh has a beautiful sister (N'Bushe Wright), whom Esteban seeks to possess.  Esteban sees himself as a throwback to the gentlemen gangsters of yore.  His self image is contradicted by his squalid living conditions and his overall sleazy demeanor.  Esteban treats Fresh as both a son and an employee.  Like many of the other adult characters, he sees nothing wrong with engaging in adult behavior in front of children, which is evidenced by how he allows Fresh to walk in his bedroom just after he finishes having sex with Fresh's sister.  As she lays completely nude and sprawled out over the bed in a heroine induced haze, Esteban parades around the room with nary a stitch of clothing.  Fresh and his young friend look on.  Fresh says nothing, but his facial expression seethes with quiet rage.  It is a subtle but shocking moment.

We see a young boy get murdered on a ball court, for no other reason than being a better ball player than one of Fresh's older associates in the drug game.  The killing results in another casualty as a young girl that Fresh has a crush on gets hit by a stray bullet.  Fresh has the unenviable duty of putting her out of her misery as she gasps for air while gurgling blood.  In another unflinching moment we are reminded that this is a world in which being a child exempts you from nothing.

The only seeming bright spot in Fresh's world are the chess lessons imparted by his alcoholic father Sam (Samuel L. Jackson).  He schools Fresh in the rules of chess and being the sharp young man that he is, Fresh applies those lessons to the treacherous world he navigates on a daily basis.  The game gives him an invaluable weapon, helping him to emancipate himself and his sister from the unforgiving streets of Brooklyn while exacting revenge on his oppressors.

Fresh devises a plan that plays Esteban and Corky against each other.  In one very tense scene, we see that one of them has no qualms about beating a child to death simply to "send a message".  Again, low class dope boy chic adds a sense of irony to the delusions of grandeur on display.  The dealers see themselves as mini moguls or heads of state, when the reality is that they rule over a rat and roach ridden concrete wasteland where the residents are held hostage.  The high rise projects and train tracks of New York's most populated borough have never looked more desolate.  This is a kingdom that no king worth his salt would ever envy.

Dog fighting is shown with equally chilling accuracy.  Not so much the fighting itself, but the fate of a particular dog that is as elaborately cruel as any number of slasher movie kills.  It is one of the many scenes in Fresh that tests the viewers boundaries and dares them to keep watching.  None of it is done in loving artistic detail, but is shown matter of fact.  No stylization or thrill seeking.  Profanity flies out of the characters mouths in a way that rivals the freedom with which they release bullets into highly populated areas.  It all plays as a metaphor for the physical and moral mine field these kids are forced to navigate.  They adopt the mannerisms of their unworthy adult role models as a means of survival. 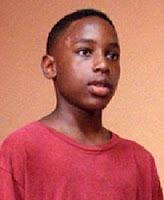 Fresh is not mentioned nearly as much as more popular and highly praised offerings such as Menace II Society and Boyz N The Hood.  It is equally as powerful and well made as the former and easily better than the latter.  Perhaps arriving fairly late in the 'Hood sweepstakes and taking place in a less cosmetically pleasant setting hurt its prospects.  More than likely, the fact that it portrayed violence against children in such an fearless manner was the main reason.  It is a bitter pill to swallow.  The only thing close to thrill being offered is the feint hope that the young protagonist makes it out alive.  Even if he does, the audience has been heavily taxed by what they have seen.

Writer/Director Boaz Yakin is not African American, yet he went to great pains to avoid many of the cliches associated with the genre.  The soundtrack does not pulsate with rap music (although Members of the Wu-Tang clan did provide a couple of offerings that plunked on a soundtrack CD for the film).  There are no ghetto travelogue moments meant to titillate white viewers.  There is no humor meant to lighten the mood.  Fresh is neither conceived nor executed as a conventional entertainment. It is meant for thoughtful but tough viewers who can stomach the harsher elements of crime lore.  If you have the brain and the stomach, you should give Fresh a try.  If nothing else gets you, the shocking final moment will.