A Peak Under The Red Hood 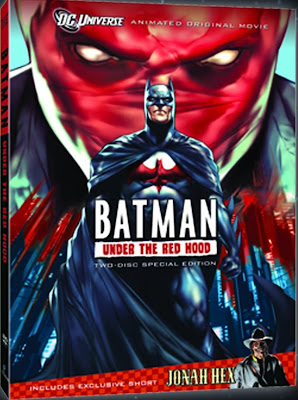 Over the past two decades, Bruce Timm and his team have established the DC Animated Universe as an enterprise without peer.  They hit the bulls eye more often than not.  Even when their relatively few misses are taken into account, just about any other animation studio would beg for their track record.  Batman: The Animated series is still hailed as possibly the best non comic iteration of the character, and Justice League: Crises On Two Earths could easily rival any mega budgeted live action superhero flick.  The DCAU is going strong as a locomotive with nary a stop in sight.


The upcoming Batman: Under The Red Hood looks to be no exception and will take the the DCAU into deeper, darker waters.  The story is taken from the notorious "Death In The Family" arc that infamously killed off Jason Todd as per reader request.  It also contains elements of "Under The Hood".  The DVD will be in stores on July 27th.  The Youtube clip below shows a brief but intense exchange between the caped crusader and the Red Hood.  The blood spatter visible on the wall gives a hint as to the darker, edgier tone of the feature.  I can hardly wait.