Maximus To Enter The 36th Chamber 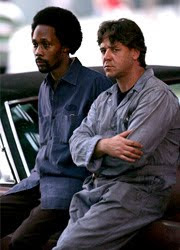 Russell Crowe appearing alongside the RZA in a kung fu film is startling enough, much less the idea of him taking direction from the founder and front man of the Wu-Tang clan. The two first appeared together in Ridley Scott's American Gangster in a considerably less shocking capacity. While the presence of an Academy Award winner may add an air of legitimacy to the proceedings, it also feels a bit unnecessary.  Crowe seems a bit too intense for a project like this. Perhaps he could make a decent heavy provided that he allows himself to tune into the films wavelength.
Posted by Unknown at 9:12 PM No comments:

Scorcese, Pacino,De Niro, and Pesci May Soon Be Painting Houses Together 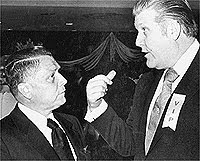 The fact that Al Pacino and Martin Scorcese have never worked together on a film is one of the great mysteries of modern cinema. The two have so many things in common that such a pairing would seem to be a natural fit.  Both have left an indelible mark on the modern crime film.  It is a genre to which they are inextricably linked, despite the fact that their bodies of work show more range than either is ever given credit for.  Though many believe that their best days are behind them, a project pairing them together would surely be a cause for celebration for any true cineaste.  Throw De Niro into the mix and you have have a can't miss event ordained by the movie gods.


That time may soon be upon us.  According to Mike Fleming over at Deadline, Al Pacino and Joe Pesci have expressed interest in an Scorcese project titled The Irishman.  It is based on Charles Brandt's book I Heard You Paint Houses, which tells the story of mob hit man Frank "The Irishman" Sheeran.  Sheeran claims to be the man who pulled the trigger on none other than Jimmy Hoffa.  De Niro has been developing the project with Scorsese over at Paramount.  Scarface, Tommy Devito, and Travis Bickle starring in a gangster film directed by Scorcese?  It's the mob movie equivalent of a drug overdose.  The idea alone is enough to reduce any true connoisseur of such films to quivering mound of orgasmic glee.  If there is any justice in the world, this project will come to pass.
Posted by Unknown at 5:42 PM No comments: