TV Review: Steve Buscemi and Martin Scorcese use the Demon Rum to Build a "Boardwalk Empire" 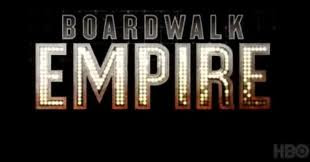 As America laments the onset of prohibition, a select few celebrate.  Among them is politician Enoch "Nucky" Thompson.  Like other gangsters across the country, he anticipates the financial windfall that prohibition represents.  He can now rake in huge profits since the outlawing of liquor allows him to sell it at an inflated price.  His protege, World War I veteran Tommy Jimmy Darmody, wants more out of life.  His misguided ambition causes him to make a decision that threatens the business prospects of Thompson, putting him in an uncomfortable position.  It becomes apparent that the throne of Atlantic City will not come easily, or without  bloodshed.


While the prohibition era has provided fodder for countless other filmmakers who dabbled in the Gangsters Paradise, crime maestro Martin Scorcese has curiously never tackled the period.  That changes with the pilot episode of the HBO series "Boardwalk Empire", which teams Scorcese with Sopranos writer Terrence Winter.  The series itself is an adaptation of Nelson Johnson's book Boardwalk Empire: The Birth, High Times, and Corruption of Atlantic City.  While Scorcese will only actually sit in director's chair for the pilot, he serves as the series executive producer.  This ensures that his influence will linger on even though he will no longer be behind the camera.  The foundation he provides for future episodes is one of colorful, lavish production values that service a hard nosed look at an era than many mistakenly remember as mannered and respectful.

What becomes clear with this show (and much of Scorcese's output over the last fifteen years) is that the Scorcese of old has disappeared into the fabric of this newer version.  The intensely focused filmmaker that emerged in the 70's has started to think a lot bigger, making films that resemble the lavish productions of old Hollywood he enjoyed as a youth.  The characters, however, remain the same, the only difference is that they are playing for greater stakes.  They  may have started as knock around guys from the old neighborhood, but the exceptional (or simply more aggressive) among them have graduated to a higher stakes game.  One can see the progression from Mean Streets to Goodfellas to Casino and now to Boardwalk Empire.  Thompson is clearly a man of leisure and taste.  His world is rendered in dream like hues of flawless consistency and texture.  This isn't really Atlantic City in 1920, but what it appears like in descriptions of books and novels.  A true gangsters' paradise.

Steve Buscemi goes against most peoples idea of what a man of power, especially a gangster, is supposed to look like.  He is not physically remarkable in any way (aside from his rodent like facial features).  One probably would not look twice at him on the street.  He has the look of a guy that had to prove he was someone to be reckoned with as his appearance would never suggest it.  Buscemi has made a career out of characters like that...guys who are capable of much more than their slight and nerdy demeanor lets on.  They could just as well be indistinguishable factory workers.  But they want more.  "Nucky" is a different guy altogether.  He comes from meager beginnings and will not hesitate to use that story to make it into his constituency's good graces.  Now that he has tasted the high life, he has no intentions of going back.  He intends to maintain his standing.

Micheal Pitt also exudes a "more powerful than I appear" demeanor, or at least he plays a character who would like to believe that.  Jimmy has squandered opportunities for the high life.  He opted instead for a chance to fight for his country.  The skills he learned on the battlefield would come in handy in Nucky's line of business, but Nucky's disappointment in Jimmy's life choices up until this point leave him weary.

While the usual saucy language associated with a Scorcese crime picture is in full force (it's amusing to see such elegantly dressed characters throwing "fuck" back and forth casually), the earthy emotional pyrotechnics of his earlier work are muted here.  We still get emotionally charged situations, but there seems to be a bit of restraint in the dramatic scenes.  The graphic violence is very much present, though not in the messy, gritty fashion that made him famous.  It has a very artful feel, even as craniums are cut in half by shotgun shells and the fourth wall is sprayed with brain matter.  The beating of Billy Bats in Goodfellas was cringe worthy.  The deaths of Boardwalk Empire are shocking but beautiful.  This Scorcese seems a bit more methodical and calculated.  He has learned to contain and aim his vigor.

A young, pre-kingpin Al Capone makes an appearance and teams up with Jimmy.  The pilot casually weaves these big names of organized crime into its tapestry.  None are given big entrances.  They all simply exist in the same world and come together to do business.

The Pilot episode of Boardwalk Empire lays out the first chapter of this new series in way that befits three hour epics such as The Godfather, Once Upon a Time in America and Scorcese's own Casino.  While HBO's wildly successful The Sopranos simultaneously showed the influence of Goodfellas while paving the way for Boardwalk Empire, Scorcese wisely steers clear of making the show in that same vein.  Tony Soprano shares a table with the brutish oafs of Henry Hill's world, while Enoch "Nucky" Thompson is of a much more mannered (though certainly not more moral) ilk.  Ties, overcoats and clean shaves may not change the true nature of gangsterism, but they sure are nice to look at, and "Nucky" seems like an interesting man to know.

Posted by Unknown at 9:47 AM No comments: