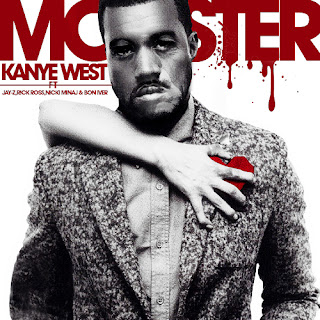 Hip-Hop has never really had an artist that has mastered or revolutionized the music video in the same manner as Michael Jackson.  In today’s climate of reduced budgets and considerably less than lavish productions, it would seem to that the time for a rapper to ascend to the king of pops music video throne has long since passed.  Amusing but unambitious clips from current stars like the ever maligned Wacka Flocka Flame haven’t exactly pushed the form in a new direction, and Kanye’s own long form video for Runaway left many scratching their heads.
Read more »
Posted by Unknown at 5:51 PM 3 comments: 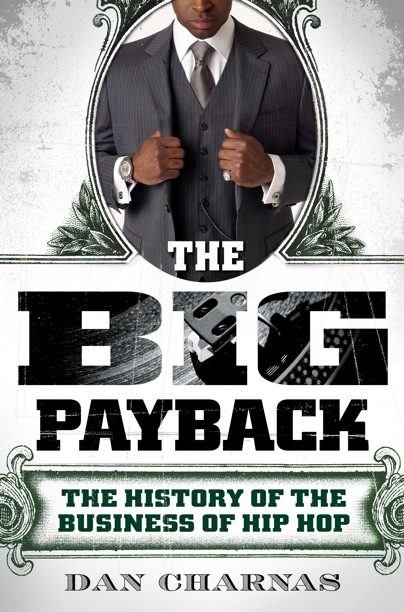 
The story of hip-hop culture, from its inception to its current state, has been told plenty of times.  Usually it focuses on the artists and/or the music and comes from a rather familiar perspective.  That perspective has always left out a rather crucial piece of the puzzle, one that authors have mistakenly decided that the general public would never be interested in: The businessmen who battled it out behind the scenes, often in board rooms with narrow minded executives, to bring a musical culture born in the ghettos of the Bronx to the prominence it enjoys today.  That story, with all of its supposedly boring details, is just as crucial to understanding hip-hop as an encyclopedic knowledge of all the classic songs that have been released and battles that have taken place.
Read more »
Posted by Unknown at 5:42 PM 2 comments:

No Country For Black Men: Affirmitive Action Has No Place In Asgard, So Says A Hate Group 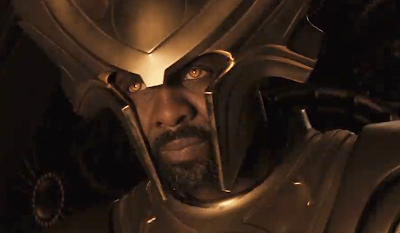 
It’s no secret that comic fans can be overly protective of their beloved characters.  Whenever a new Hollywood adaptation is announced, fandom gears up to obsessively peruse every aspect of the production.  From casting to costume designs to the most minor story details, some fans will accept nothing but 100% fidelity to the source material.  Anyone truly familiar with both comics and films knows this to be an unreasonable request as they are two completely different mediums with different requirements.  Still, the passion of said fans is more than understandable as it often comes from a place of love, or so we’d like to think.  Sometimes, the obsessive nature of fandom reveals prejudice and bigotry.
Read more »
Posted by Unknown at 5:21 PM 4 comments: 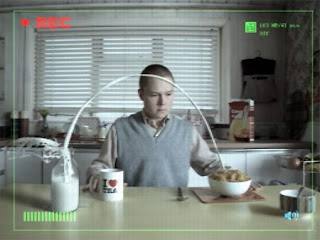 This week the ASBO Five learn that fame and fortune exacts a heavy price.  A socially inept young man previously unknown to them is blessed with abilities by the same storm that empowered them.  He can manipulate both liquid and solid dairy products, even after they’ve been ingested.  Unlike the ASBO Five, he decides to go public and cash in.  When the gang at the community center speaks a bit too freely about their powers, they tip off their probation worker who immediately dimes them out to the press.  Just as they are contemplating going into hiding, an “entertainment manager” of sorts ensures them that such drastic measures are not necessary.  She also happens to represent “Milk Man.”  While the ASBO Five enjoy their first brush with celebrity, other people who have been changed by the storm come forward.  Suddenly, “Milk Man” realizes his powers aren’t very impressive when compared to  others.  Suddenly, his apparently laughable skill becomes useful in a way that no one anticipated.
Read more »
Posted by Unknown at 5:20 PM No comments: 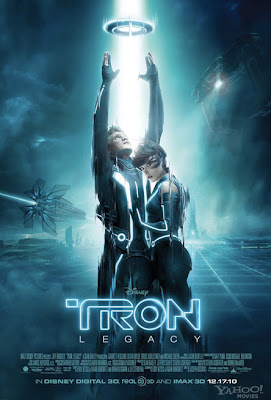 By Scott Tre
Kevin Flynn (Jeff Bridges), prolific software designer and ENCOM international CEO, has been missing for twenty years.  His disappearance has adversely affected both the company and the life of his young son Sam (Garrett Hedlund).  Since his disappearance, ENCOM international has gone from a company set on changing the world for the better to a corporate behemoth that rules it from on high.    Kevin’s friend Alan Bradley (Bruce Boxleitner), now an executive consultant, tries in vane to maintain Kevin’s vision.  He advices Sam to take his rightful place at ENCOM, but the rebellious youth finds acts of sabotage against the company much more diverting.  When Sam goes to his father’s long defunct video arcade to investigate a mysterious page at Alan’s request, he suddenly finds himself on the game grid that his father described to him as a young boy.  There, he engages programs in gladiatorial combat, and finally reunites with his dad.  Together with the mysterious Quorra (Olivia Wilde), they hope to defeat the tyrannical Clu 2 and get back to the real world.
Read more »
Posted by Unknown at 5:19 PM 3 comments: