Paid In Full: An Interview With Dan Charnas, Author of "The Big Payback: The History of the Business of Hip-Hop" (Part 2) 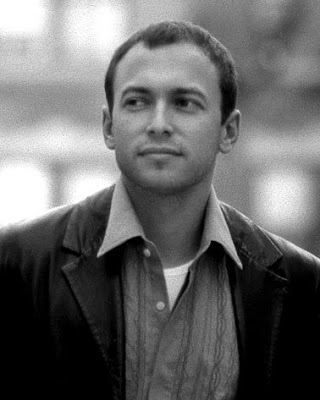 In part two of this amazing interview (click here to read part 1 if you haven’t already), Dan Charnas elaborates further on how the rise of hip-hop culture has impacted race relations in America.  He also offers some insight into the enigma that is Rick Rubin, as well as what events lead to mainstreaming of west coast gangsta rap.  Read on to find out why everything you thought you knew about the ascension of hip-hop was wrong…

Scott Tre: Many people, including hip-hop journalists themselves, consider hip-hop journalism an oxymoron or a contradiction in terms.  The quality of journalism and writing in The Big Payback is very high.  Do you consider yourself as having a higher standard than most hip-hop journalists?
Dan Charnas: Oh, I would never say that.  There are so many journalists that I respect.  I think that there are a lot of journalists of the hip-hop generation that are doing great work both about hip-hop and about other subjects of importance to the hip-hop generation.  But I do like to think of myself as having high standards. Of course I can never live up to my standards, and that’s the problem.
As I wrote the book I was in constant agitation and worry about getting things right, what it took to get things right and getting another interview and another confirmation.  Because of the realities of commerce and selling a book to a publisher and having a deadline, there are things you wish you did that you never got a chance to do.  There’s always another interview you can do.  That’s just my outlook as a journalist.  Part of that comes from my own ethical sense and another part of it comes from the training.  I’m very proud to have been a graduate of Columbia Journalism School.  I represent for them.  When I go out into the world I try to represent my crew and represent my ethics and represent hip-hop.  Hip-Hop deserves good journalism.  Hip-Hop deserves an epic history.  I think that folks like Jeff Chang and hopefully me are doing that.
Let’s not forget Brian Coleman.  We can mention everybody.  What about Ethan Brown, his incredible investigative journalism in Queens Reigns Supreme?
Scott Tre: That’s an amazing book.  I read that back in 2005.
Dan Charnas:  Here’s the thing, and maybe this is what you’re getting at.  I wanted a hip-hop book to be more than just about somebodies opinion.  What I can’t stand anymore is punditry, hip-hop punditry.  So much of what passes for hip-hop writing is just punditry.  Its somebodies opinion or somebodies thoughts about how the music business works or how hip-hop happened, and it didn’t go down that way.  So when people write without question about certain entrepreneurs as being shady, whether it’s an artist like Q-tip or a journalist sort of echoing Q-tips words, not to single Q-Tip out, you know what I’m saying, but it’s the best illustration.  It’s like people just take it for granted, you know?
Scott Tre: What is the biggest difference between how the music industry regarded rap in the late 70’s compared to how it’s regarded now?
Dan Charnas: Well, I don’t think the music industry regarded it at all in the late 1970’s.  In 1979 there were only a few singles that hit market.  I think that they viewed it as a fad, something that would go away in short order just like disco had.  I think in 1985 they were still thinking it was gonna go away, and even in 1990 with the signings of MC Hammer and  Vanilla Ice, the music industry almost took a step to ensure it, right?  But it didn’t happen that way.  MC Hammer and Vanilla Ice, their pop hits did not basically change the appeal of “real” hip-hop to real kids all across the country.
I think that the change started to happen with Yo! MTV Raps in 1988, but really started to take hold in the mid 1990’s once radio turned.  Radio had long been just the most segregated industry in the country, where white radio programmers could look in an executive's face and say “I’m sorry, that record is too black.”  I mean imagine like that, that that’s what they did.  Over and over and over again for years, until a few brave radio programmers tried to change things and then did.  And then after pop radio started opening its doors to hip-hop, you couldn’t really stop the floodgates.  Again, once kids heard the difference between the real and the fake and chose the real then, I think hip-hop began to enjoy its true share of prosperity and became the heir to rock n' roll.  And in many ways, like you said, it was more effective in some ways than rock n' roll.

Dan Charnas: That’s right.  So, it’s not a mystery.  That’s why the business part of hip-hop history is so important.  Because if you don’t understand that, then you’re gonna think “oh well, it’s just corporate America, you know, they push these images of gangsta rap and ostentation.” No, that’s not what happened.  What happened was a sort of coincidence of radio finally opening its doors to hip-hop too late for the great political arc that peaked in the late 1980’s and early 1990’s.  Public Enemy had already made its best album by that time.  A Tribe called Quest and De La Soul had made their best work by the early 1990’s.  G-Funk, and Puffy’s sort of glitzy gangsta stuff, was ascending.
CLICK HERE TO READ PART ONE!
Posted by Unknown at 8:37 AM