Welcome To The Butcher Shop: An Interview With Kool G Rap 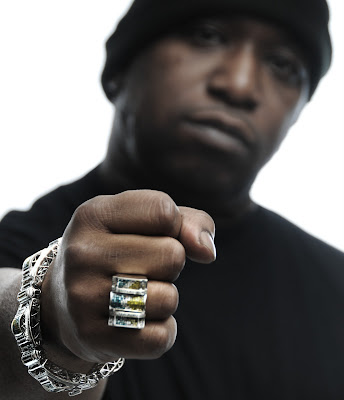 
This is why I believe that some artists that attain the financial status of it, it never sits right with them if they don’t get that respect for being a creative artist.  It never sits right with them.  So sometime they backlash with “Oh, lyrics is played out,” Because deep down they know it bothers them.  Yeah you got the riches and all that.  You might have got it because of a certain swag or whatever, but you’re not considered one of the great rappers or lyricists.  They know they don’t have enough creativity or enough patience to commit themselves 100 % into that so they attack being creative (laughs).  How can you attack being creative or being talented?  That’s like singers back in the days like “Nah, Aretha Franklin is too nice.  She sing too good.”  You know what I’m saying?  That’s the queen of soul right there.  She was soul at its best if you ask me.  Aretha Franklin or Gladys Knight, these are like the epitome of what a Mary J Blige would become decades later.
Hip-Hop started going in a direction to where a lot of cats in the game really didn’t possess those same lyrical skills of what we call a golden era.  It’s like they gotta push that image out there to they fan base like “yeah, that lyric shit is whack (laughs).”  They gotta convince them of that.  Nowadays it’s more than one artist saying that lyrics is whack.  I understand they saying, like, lyrics don’t sell records.  Yeah, granted.  But in some cases it did.  Like a Big Pun, like a Jay-Z, like a Nas.  Those guys sold and those dudes was lyrical.  But they saying for the majority, all lyricists don’t sell records.  So lyrics is whack to them.
Like I said man, I feel good that I can hold my head up that I have influenced other great artists and they have that acknowledgment and that appreciation for me.  Nothing really compares to that.  Even like the financial gain and all that, that would be all well and fine but if I was missing that respect and that admiration and that acknowledgment of my work, blood, sweat and tears?  It would never sit right with me.


Scott Tre: You were featured on Rick Ross’s Albert Anastasia EP.  Rick Ross is clearly influenced by your style, especially if you’re talking about his subject matter and his image.  How did it feel to have one of today’s most prominent rappers not only pay tribute to you, but feature you on one of his projects?
Kool G Rap: It wasn’t like I never felt that before, because when Mobb Deep was like at the top of they game and in they prime, they had me featured on they album.  Game acknowledged me when he came out with G Unit and had that first crazy successful album that sold like six million copies or something.  The first record that come on the album, you heard my name.  When he came to New York to perform at club Exit, he actually brought me out.  He wanted me to come out on stage with him because that was the record he wanted to start his show with.  He wanted to bring out the artist he acknowledged in the record.  It wasn’t nothing new, but it’s always an honor and it’s always a pleasure.  Especially when it’s an artist that I respect as far as their pen game and their wit.  Especially when it’s an artist like that, it’s always an honor.  I’m not trying to devalue the effect of Rick Ross hitting me, but it wasn’t nothing I wasn’t used to, because it happened before on different occasions.
Scott Tre:  What do you have coming up?  What can your fans expect and how will it differ from your past work if at all?

Kool G Rap: Well that’s the thing.  This won’t be different from my past work.  For the cats that know G Rap and my body of work, this is gonna be that same G Rap, the essence of G Rap that everybody know, but it’s just done in a 2010/2011 way.  I’m not gonna sound dated.  My flow is not gonna sound dated.  I’m still gonna sound nice and fresh.  That’s one of my blessings that I happen to have, the longevity of sounding current.  Whenever I appear on anything, I’m not gonna sound dated.  I’m gonna sound current.  I’m not gonna sound old school (laughs).
They can expect story, all the different things that G Rap is known for.  Story rhymes, just songs where I’m displaying lyrical skills, the topics I choose to use.  They can expect to hear interesting topics and things of that nature.  I got a song called “Pillow Talk.”  I got a song called “Sad,” but it’s not a sorrowful feeling record.  It don’t sound like some sorry shit, but the title of it is “Sad.”  I got another track on there called “Maggie,” that’s like some ill concept shit.  I don’t want to spoil the surprise for everybody, so I’ll just let everybody put that one together on they own, when they hear it.  It’s just a lot of concepts and shit.  Concepts, story rhymes, displaying skills, all the things that G Rap is known to do, they can expect on this album.
Nothing that I did in the past gets done over, because I don’t like to recycle shit.  I like to keep it moving and do new things, discover new terrain.  I’m not doing a Road to the Riches 2 and 3 and 4.
Scott Tre: That’s the trend right now, for everybody to drop sequel albums.  So you’re not getting into all of that?
Kool G Rap: I don’t follow nobody else lead.  I’m a leader, I’m not a follower.  If that’s what the trend is, they could do the trend thing, but I like to keep it fresh.  What I did on this album is the same type of stuff, same subject matter or what not, but I’m not doing none of my old stuff over and all that on this album.  It’s all brand new ideas.
Scott Tre: Is there anything you’d like to say in closing?
Kool G Rap: Look out for the EP coming shortly, the EP is titled Offer You Can’t Refuse, that’s gonna be the first thing I drop before I drop the next album.  This is gonna be like a little eye opener, a little ear catcher, just something to feed to the streets.  Im’a hit em’ with the appetizer real quick. 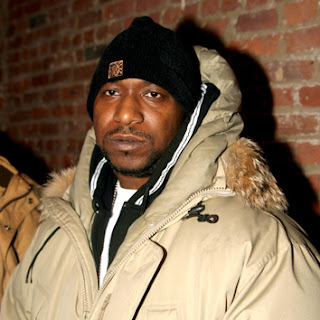