Kool G Rap’s latest EP, Offer You Can’t Refuse, plays herald to the upcoming full length LP Riches, Royalty and Respect.  It consists of eight brand new songs.  The Alchemist is the biggest name on the production roster.  The rest of the line-up is filled out by hungry up and comers.  This possibly served G Rap better from a creative standpoint, as bigger names come with hefty price tags and big egos.  Talented unknowns who are eager to prove themselves sometimes make for a more cohesive collection of songs.


The EP opens on a very strong note as “The Fix” showers the listener with heroin drenched 70’s soul.  Producer DJ Pain supplies wah-wah guitars and dramatic violins that glide whimsically while building to a suspenseful crescendo.  That Crescendo then dissipates casually and settles back into a more subdued groove.
G Rap opens the song perfectly with a rant during the intro: “I know y’all sick of that stepped on shit.  You need that pure ass game then come see me baby I’m right here, you Heard!”  It’s an allusion to both the drug game and the current state of Hip-Hop.  While others rappers have try futilely to adapt, G Rap continues to supply raw.  Lyrically, it sounds like a braggadocios and gritty yet incoherent tour through the crime side.  Listen closely and one hears cautionary elements interwoven throughout. Whatever it is, the mix is intoxicating.
The dark and foreboding “Mugshots” makes for a jarring change of pace.  The stutter march of the drums is reminiscent of the main theme from Scarface.  The organs/keys evoke a psychedelic rock band on bad acid trip.  The low fidelity grumble of an electric guitar rumbles faintly in the background as the lyrics speak of a hustler who got caught up and winds up in the system.
The Burrowing and relentless bassline of “America’s Nightmare” comes courtesy of The Alchemist.  The brief excerpt from the song offers but a small taste.  Havoc is the featured guest.  Pulsing keys fade in out like vital signs on a cardiac monitor.  G Raps verse talks about the prototypical good girl with a taste for bad boys.  The urgency of his patent rapid fire flow makes it seem less than tragic.
“Take Em Back (Supafly)” takes the listener on another, more mellow ride through the 70’s.  Triangles twinkle in the background while delicate keys and strings tip-toe.  A soulful chorus comes in every so often with refrains of “yeah” and “ooh.”  Robust and soulful horns come in and level out the track.  G Rap himself gets lost in the ambiance, as the lyrics explain that he’s in a 70’s type of mood.  During the hook, looping vocals spiral around G Rap’s refrain of “Take Em Back."
“Baggin in Da Spot” announces its arrival with celebratory horns.  Strong drums punch holes in the joviality, and the horns smooth out to a more even, cruising tempo.  The lyrics describe a hustler going about his daily operation.  Guest Scar Child turns in a performance similar to that of Big Noyd on Mobb Deeps classic “Give Up the Goods (Just Step).”  Though Scar Child doesn’t sound anything like Noyd, he brings a similar energy.
“Scarface Snow” is the expected ode to Brian Depalma’s film, wrapped up in a testament to the quality product that supplies the wealth of any worthy hustler.  Instead of sampling or interpolating elements of Ennio Morricone’s score, the track pays homage with a sonic backdrop that sounds as though it could have been included on the films soundtrack.  The stuttering tempo makes use of very light drums.  While the absence of heavy 808’s might make this seem like something less than a riding song, the serene, synthesized violins and bassline make it ideal for cruising down the I-95.  The triangle and menacing piano keys of “Money Talks” fill the listener with fear.  mirroring the anxiety of G Rap’s narration.
Offer You Can’t Refuse offers nothing whack, though admittedly the short length of an EP doesn’t allow for any filler.  Some songs are stronger than others, but none are detrimental to the overall quality of the set.   G Rap doesn’t attempt to change or reinvent himself for the current marketplace.  His skills have retained their bite.  He is now not only a pioneer, but an ambassador.  He continues to provide lurid yet compelling tales of the NYC underworld as only he can. 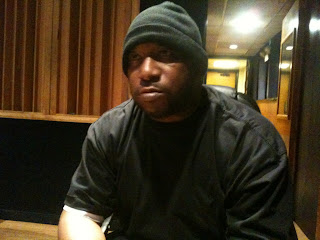