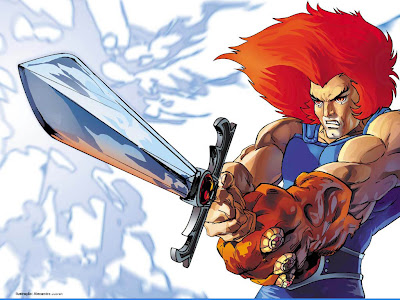 Lion-O is characterized as having a prepubescent cockiness coupled with a clumsy aloofness. He also exhibits a juvenile sense of humor. Slithe is way creepier than he ever appeared in the original series. The overall tone is reminiscent of the CG animated features regularly put out by Dreamworks (Kung-Fu Panda comes to mind). I don’t have a problem with anything except for how careless Lion-O is with The Sword of Omens. Whatever his flaws, Lion-O always guarded that thing zealously. He lapsed from time to time, but never as the result of an ambush from behind. Anyway, the backgrounds environment is nicely rendered and the characterization of Slithe is satisfyingly menacing.