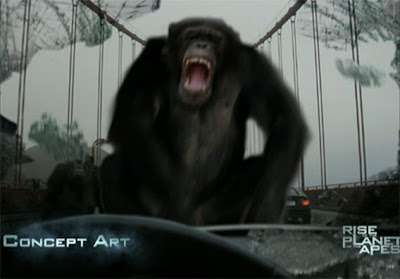 There was a live stream of a presentation from director Rupert Wyatt and Weta digital earlier today that gave fans a behind the scenes peak at Rise of the Planet the Apes.  The presentation included a personable chat with Andy Serkis, as well as unfinished FX shots and glimpses of footage from the upcoming trailer.  Perhaps the most striking part of the presentation was the beautifully rendered concept art that was repeatedly flashed on the screen throughout.  The Images were distressing and unforgettable.  Upon first glance, I thought a few of them were screen caps of actual footage.  They do a great job of selling the basic concept of the film, to the point where I almost don’t even need see the trailer.  Almost, that is.  Look below to witness the Rise of the Planet of the Apes as envisioned in an artists mind. 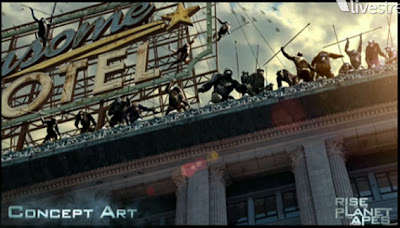 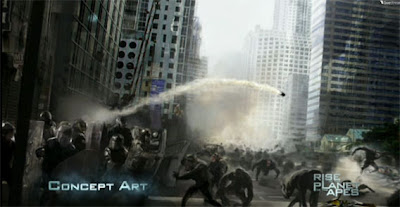 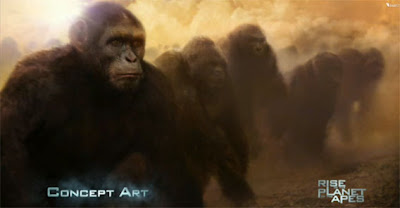 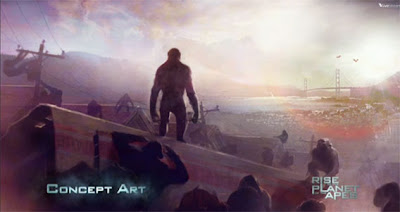 Email ThisBlogThis!Share to TwitterShare to FacebookShare to Pinterest
Labels: Rise of the Planet of the Apes, Science Fiction