Fading action star Johnny Cage (Matt Mullins) hopes that his new reality television series will breathe life back into his ailing career.  After a disastrous presentation fails to excite network execs, a second attempt yields equally disappointing results.  Johnny is further enraged when he learns that the project is being offered to another actor.  Just when all seems lost, a mysterious stranger presents him with the opportunity of a lifetime.
This is yet another “setup” episode, meant to introduce a new character and establish his place in the Mortal Kombat universe.  It plays like a commentary on the current state of action stars and action films. Johnny Cage is now too old to appeal to his original demographic and possesses a skill that is no longer marketable (martial arts).  He seeks solace in the Valhalla of reality television to no avail.  He becomes the action star equivalent of a ronin.
What’s interesting is that Mortal Kombat: Legacy itself represents a form of action oriented entertainment that can be seen as no longer in vogue.  Pure action films and martial arts pictures have nearly become the exclusive province of the straight to DVD market.  These days, audiences would rather get their fix from genre hybrids that incorporate action elements (superhero films, comedies, science fiction).  The pure stuff is no longer economically viable.
Johnny Cage finds himself in the same boat as Steven Segal or any number of aging action stars who could not make the transition into the next phase of their careers.  It’s a sly attempt at commentary. However, the seams begin to show in terms of the acting.  Matt Mullins isn’t quite convincing enough, offering a performance that feels slightly like self-parody.  This softens the impact of the commentary aspect to a degree. 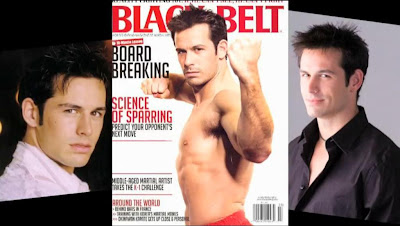 The fights are competent but nothing exemplary.  Johnny doesn’t face off against anyone that even remotely poses a threat to him.  The stakes are extremely low considering the earlier and more brutal bout between “Jax” and Kano.  That being said, the appearance of Shang Tsung (Johnson Fang) adds a fairy tale element that feels appropriate.  He appears at Johnny’s darkest moment to offer him a way out.  There is a sinister undercurrent that let’s the audience know there has to be a catch to the deal.
If my instincts are correct, this episode won’t be particularly popular in some quarters.  The lack of gore or a real fightopponent will be seen by some as unforgivable.  Still, I give this episode points for the attempt at commentary, which proves that Mortal Kombat: Legacy is a bit more self aware than its critics give it credit for.  It’s now time for the series to ratchet up the intensity and pick up the pace.  It doesn’t need to play it safe anymore after that killer finishing move delivered by Jax in the last episode.
Posted by Unknown at 10:31 AM