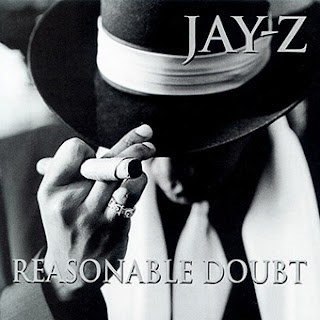 Hip-Hop stars don’t always make a big splash right out the gate.  Sometimes it’s a slow burn until the big bang of success.  Jay-Z had been toiling in the underground for quite a few years by the mid-1990’s, stacking his chips while hustling up and down the eastern seaboard.  He’d had a few noteworthy appearances on collaborations and posse cuts.  Everyone remembered him from the ‘Hawaiian Sophie’ video, sporting a high top fade and truck jewelry.  Some even remembered his (then) more recent appearances with Original Flavor.  Then there were the two singles released on Payday records.  All of that had been a lead up to what would be the first chapter in a legendary discography: Reasonable Doubt.
I was one of the select few who had been anticipating the album.  This was the summer of 96.  The east coast was finally regaining it’s footing in the marketplace after lagging behind the west for years.  Nas was enjoying his first taste of true commercial success with It Was Written.  The Wu revolution was well underway.  The Fugees were the toast of the pop charts.  Last but not least, 2pac had declared war on his enemies, putting quite a damper on the east coast resurgence.  It was into this environment that Jay-Z released his debut. 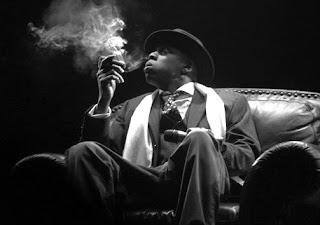 I was living in Mount Vernon, New York at the time.  I had made a trek up to Yellow Bird Music Center a mom and pop record store.  I plunked down my hard earned cash on the counter, and in return I received a CD with a black and white photo on the cover.  I headed home and placed it into my six disc CD changer.  The opening skit, as was fashionable at the time, was a reenactment of a scene from Scarface.  I already had a pretty good idea of what to expect, as Ready to Die, Only Built 4 Cuban Linx, and The Infamous had charted a new course for New York Hip-Hop during the previous year.  The quirky afrocentricism of The Native Tongues was now passé.  This was the era of the hustler.
Right from the outset, it was clear that Jay-Z had abandoned his superlyrical roots and was now preaching the gospel of the black gangster.  “Can’t Knock the Hustle,” a barren R&B flavored collaboration with Mary J. Blige set the tone.  This was a world of expensive name brand liquor, luxury cars, and flashy jewelry, all financed by drug money .  This wasn’t the gaudy Blaxploitation aesthetic of Cuban Linx, but something more introspective and elegant.  Reasonable Doubt had the ambience of a classic gangster film, or even some of the more polished modern ones like The Godfather or Casino.
The celebratory, uproarious duet with B.I.G, “Brooklyn’s Finest,” was probably as irreverent as things got.  Its block party grandeur got the adrenaline pumping.  What was strange at the time was how somber meditations like Dead Presidents II, D’Evils, Can I Live, and Regrets brought the party down a bit.  They counterbalanced the unabashed romanticism elsewhere on the album.  The character of Jay-Z wasn’t just an unapologetic kingpin, but a man that anxiously awaited the day that the devil would come to collect his due.  The ill-gotten gains of the crack trade exacted a hefty toll that went well beyond the possibilities of death and jail. Dead friends would be missed, and slain enemies would haunt ones dreams.  A dark cloud perpetually hung over the album from beginning to end.
Though Reasonable Doubt was certified gold, it wasn’t as lauded as other albums of the time.  Hip-hop publications regarded it with cautious praise.  Jay was a force to be reckoned with, but the east/west feud was a lot sexier to journalists at the time.  Jay’s association with B.I.G would earn him the vitriol of Pac.  Nevertheless, his hustle didn’t stop.  He would attain the kind of acceptance and longevity that few rappers receive.  All of his subsequent achievements would overshadow the early triumph of Reasonable Doubt, but real heads remember that album as being the launching pad.  That’s where it all started.  To this day, it remains an example of Hip-Hop perfection, a vivid portrait of “the life,” painted by a true artist.  Salute, Sean Carter! 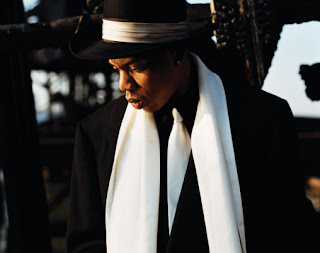