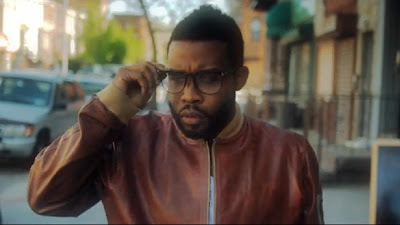 Black consciousness doesn’t sell these days.  Actually, there was never a point in time where it sold consistently save for a few examples.  Still, we are certainly a long way from the days when Public Enemy and Boogie Down Productions routinely went gold and platinum.  Since then, politically conscious rap has been driven completely underground, created and performed mostly for the pleasure of white college kids.  That marginalization leaves mainstream hip-hop decidedly unbalanced.  Playlists on urban radio stations seem to facilitate nothing other than nonstop partying.  A night of wild celebration always needs to be followed by a cold shower and a cup of coffee before one heads out to work.
Never one to live or die by the demands of the mainstream, Pharoahe Monch arrives with a hot pot of java for an ailing populace.  “Black Hand Side” the latest video from his album W.A.R (We Are Renegades), sheds light on the real black experience in America.  Atop strings and horns that announce the rising of the sun, Monch and guest star Styles P blow away the dark clouds to let those rays shine through.  They urge listeners to open their eyes, though not in the way one might expect.  This is not a dirge by any means, but a startling realization that the promised land could be right here on earth, if only we’d allow ourselves to see it.
The video chooses a very interesting metaphor to illustrate the contrasts between the sad realities and hopeful dreams of Black America.  As Pharoahe Monch casually makes his way through the urban jungle, his glasses dictate the way he sees the world around him.  When he wears them, he sees the world in glorious color.  Black people are prosperous and content, enjoying life.  When he takes his glasses off, he sees the world in blurry black and white. Black people live in squalor and ignorance, having succumbed to the trappings of their environment.  Case in point: Styles is shown working at a Deli at the very beginning of the video.  The color version shows an eatery where things are decidedly cleaner and healthier.  The black and white version shows the kind of gut bucket fast food joints that one can find near any and every high rise housing project in NYC (Think Kennedy’s Fried Chicken or Kansas Fried Chicken and you get the idea).
When I first heard this song, I pictured the video almost exactly as it is here.  Of course, I never imagined the “glasses” motif, just a series of images visualizing what Styles and Monch were saying.  If you’ve ever walked through certain neighborhoods in New York City, you’ll immediately get the vibe that this video is going for.  Our communities are often only as good, or as bad, as what we allow ourselves to see.  The negativity will always be there, but there are moments of beauty if you give yourself time to take them in.  Not all Black relationships are dysfunctional, and not all Black men are constantly at each others throats.  In their own way, Styles and Monch are trying to urge us to see the world with our glasses on, thus clarifying our vision.  Everything looks bad when you can’t see where you’re going.  Open your eyes, people.  Power perceived is power achieved.
Posted by Unknown at 4:43 PM