The Black Power movement remains one of the most fascinating and influential periods of American history.  Its attitudes, slogans, and imagery have been adopted time and again by people whose understanding doesn’t penetrate beyond those surface elements.  It largely remains a mystery from those who could benefit the most from its lessons. The rappers and educators who’ve tried to keep its spirit alive have been largely marginalized by the mainstream media.  Now would be an ideal time to reintroduce that message to the American populace, seeing as how America’s first Black presidency is currently Under Siege.  Like manna from heaven, The Black Power Mixtape 1967-1975 appears on the scene to remind the United States of its true heritage. 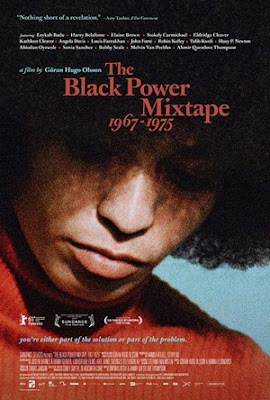 As the Black Power movement was instituting much needed change in America’s streets, a Swedish film crew arrived to document the events taking place.  They viewed these developments through the eyes of outsiders, which afforded them the luxury of seeing them without the biases of their American counterparts.  Director Goran Hugo Olsson’s documentary The Black Power Mixtape 1967-1975 makes use of the 16mm footage they compiled.   There are rare interviews with such figures as Bobby Seale, Angela Davis, Stokely Carmichael, and Kathleen Cleaver.  Conscious rapper Talib Kweli and Neo Soul diva Erykah Badu have been included to bridge the gap between the founders of the movement and the contemporary artists who benefitted from its message.

The Black Power Mixtape 1967-1975 has been receiving a lot of positive attention on the film festival circuit, and will begin screening for the general public this September.  It will open in New York on September 9th, and gradually expand its release later on that month.  It would be nice to see this film do surprisingly well at the box office, especially seeing as how Tyler Perry’s cookie cutter black dramadies almost always manage to turn a healthy profit.  It’s interesting how his movies, along with the likes of Precious and The Help, get so much attention from mainstream media outlets.  They clearly feel more comfortable feeding the public images of Black servitude and degradation rather than historical accounts of the struggle.

Special thanks to the always dependable Shadow and Act for this great scoop!