Legendary comic book artist and writer Frank Miller, who famously turned the caped crusader into a fascist in the seminal graphic novel The Dark Knight Returns, now advocates fascism in the real world.  In a rant posted on his website, he disregards the Occupy movement as one populated by “louts, thieves, and rapists.”  He also dismisses them as an “unruly mob” that does nothing but “harm America.”  Miller manages to do all of the aforementioned in first paragraph alone.  His rant maintains the same tone throughout, even going so far as to take jabs at the sheltered man child who at one time worshiped him, before execrable works such as All Star Batman and Robin and most recently Holy Terror eroded such devotion. Though inflammatory, his stance isn’t exactly surprising, given the militaristic and fascist tone of even his most respected works. 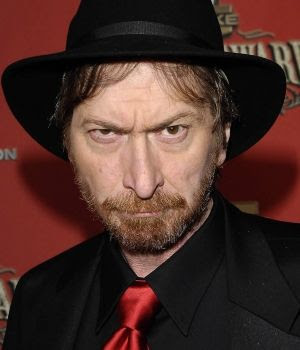 Nowhere is Millers political stance more apparent than in perhaps his most famous work, The Dark Knight Returns.  The graphic novel, originally published in four parts throughout 1986, has a 55 year old Batman coming out of retirement to save an increasingly lawless Gotham from devouring itself.  He declares war on a vicious new youth gang, and faces off against the man of steel.  In the process, he declares a vigilante form of martial law and becomes an enemy of the United States government.  The book cast fascism as form of revolution in the modern world.  (IE an America dominated by liberals and scum).  This dystopian take on Batman became an instant sensation and virtually changed the character overnight, ushering in the “grim and gritty” era of superhero comics.

Since the publication of The Dark Knight Returns, Miller has made such tales his stock in trade.  His superb Sin City series of graphic novels revel in the misogynistic and dated values of film noir and old detective stories.  Women are often portrayed as murderous hookers, or damsels in distress who are violently liberated from their captors.  300 (both Millers graphic novel and the subsequent film adaptation) played as a slick piece of right wing propaganda.  His recent Holy Terror continues this trend, recycling many familiar themes from his past works.

With his November 7th rant, Miller now lets such sentiments manifest themselves in reality as opposed to the comic book page.  That he does so is evidence of man whose works have always come from a very real place.  It’s also evidence of a man who is detached from reality.  What’s very telling is how Miller openly embraces any number of myths about the Occupy protesters (Many of which are soundly trounced in this entry from Devin Faraci’s long running column The Devin’s Advocate), such as the idea they protest capitalism while openly enjoying the creature comforts and fringe benefits it provides. If Miller truly believes that, he obviously can’t smell what he’s shoveling.

The irony of all this is that the iconic character that Miller reconfigured in his own image likely would not approve of his stance.  A great many Batman stories from various mediums portray Bruce Wayne as both philanthropic and charitable.  Though a billionaire (Who uses the image of an irresponsible playboy as subterfuge) Wayne recognizes that his war is not one against the poor or the working class.  In Miller’s own Batman: Year One, Batman issues a dire warning to a corrupt upper class: "You've eaten Gotham's wealth ... your feast is nearly over.”  It seems that Bruce Wayne doesn’t suffer such types well.

Two fisted vigilantes swooping in to declare martial law and solve society’s woes with brute force looks and reads great on the comic book page.  Such stories give us an outlet for our darkest fantasies, and cast our icons in an intriguing new light.  However, they should remain on the page and the screen, never to cross over into reality.  Miller has become the proverbial fanboy completely lost in a fantasy world.  In Miller’s case, it’s one of his own design.  Were he to exist in the real world, Batman would probably side with the Occupy Wall Street protestors against the police forces that now act as a Gestapo for the corrupt one percent.  Miller would do well to keep in mind the thoughts of a real life revolutionary, Malcolm X: “If You’re not careful, the newspapers will have you hating the people who are being oppressed and loving the people who are doing the oppressing.”
Posted by Unknown at 6:05 AM