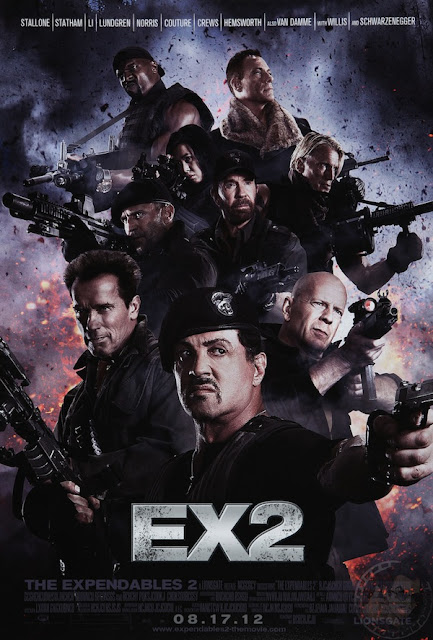 The cast has swelled to include Jean Claude Van Damme and Chuck Norris.  Both are second or even third tier action heroes when compared with the likes of Stallone, Shwarzenegger, and Willis.  Still, they played a big part in defining their particular era, and that alone warrants their inclusion.  Jason Statham and Terry Crews are also back.  Jet Li is noticeably absent, not that it will matter much since he was barely present in the first film.  Shwarzenegger is featured prominently, though there is no indication that his role will be anything more than a glorified cameo.  There’s no way to tell until a proper trailer is released, and even then, we won’t really know until opening night.
Posted by Unknown at 10:37 PM