Sometimes bad news just broad sides you.  You have to remind yourself that death rarely picks a convenient time to show its ugly face.  It strikes without warning or explanation, and on this day it claims one of Hip-Hop’s most underappreciated talents.  Dwight Myers, better known to his fans as rapper turned actor Heavy D, died earlier today due to complications from pneumonia.  He was only 44 years old.  Hip-Hop has been plunged into a collective state of deep and sorrowful mourning.  Heavy D manifested the culture in its purest sense. 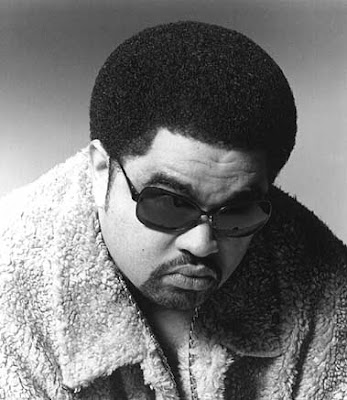 Like many other Hip-Hop icons and pioneers from the empire state, Heavy D was born on the island of Jamaica.  His family moved to the states and set down roots in Mount Vernon, New York, a mostly Black town in Westchester County that borders the borough of The Bronx.  Similar to the Bronx, Mount Vernon had a substantial Caribbean/West Indian population, assuring that young Dwight was surrounded by both the culture of his homeland and a burgeoning Black American Culture that would be heavily influenced by it.  That cross pollination would birth one of Hip-Hop’s most likeable and unique stars.

Like many New York teenagers in the 1980’s, Heavy D found his voice in Rap Music.  Along with DJ Eddie F and dancers Trouble T-Roy and G-Whiz, He formed the group Heavy D & the Boyz.  Like the Fat Boys before him, Heavy made his physical appearance the defining characteristic of his persona.  Unlike the Fat Boys, he proved to be relatively spry and energetic, engaging in full on dance routines with T-Roy and G-Whiz.  His rapping was informed by his Jamaican roots.  He was given to peppering his rhymes with the chanting and toasting styles of his native land.  He also displayed a playfully innocent brand of sexuality and wasn’t afraid to embrace other contemporary forms of Black music.  All of the aforementioned characteristics made him something of a kinder, gentler forerunner to the late, great Notorious B.I.G.

Heavy D & the Boyz signed to Andre Harrell’s Uptown Records label.   In 1987, they released their debut album Living Large.  Though not truly a commercial breakthrough, the album proved to be a seminal golden era release.  It contained two songs that would come to define his image: “Mr. Big Stuff” and “The Overweight Lover’s In the House.”  It also contained the first ever appearance of future R&B Sensation and fellow Mount Vernonite Al B. Sure.  1989’s Big Tyme embraced the sounds of New Jack Swing, and as a result fared much better commercially.  Heavy D used it as an opportunity to step up Mount Vernon’s full scale invasion of the music industry.  It featured production by a young DJ named Pete Rock, who was also from Mount Vernon and of Jamaican parentage.

All the while, Heavy emerged as one of Hip-Hop’s most recognizable and requested personalities.  In 1990, He was recruited by Keenen Ivory Wayans to record the theme song for the ground breaking sketch comedy show In Living Color.  He also collaborated with none other than the undisputed King of Pop, Michael Jackson, on the song “Jam” from MJ’s 1991 album Dangerous.
On July 15th, 1990, Trouble T-Roy was accidently killed during a bit of horseplay following a stage performance in Minneapolis, MI.  He fell two stories to his death.  The tragedy reverberated throughout the Vernon, manifesting itself in two very different works.  One was Pete Rock & CL Smooth’s breakthrough single “They Reminisce Over You (T.R.O.Y)” and Heavy D & the Boyz third LP, 1991’s Peaceful Journey.  Like its immediate predecessor, Peaceful Journey also achieved platinum status.  From 1993 and 1999, Heavy D would release four more rap albums, including 1994’s extremely well received Nuttin’ But Love.

During this period, Heavy was bitten by the acting bug.  He became a reoccurring character on FOX sitcoms such as Roc and Living Single.  He also appeared in the 1999 Eddie Murphy and Martin Lawrence buddy comedy Life.  Over the years, he could also be seen in Law & Order SVU, Tyler Perry’s House of Payne and Boston Public.  In 2008, he fully indulged his Jamaican roots by releasing the Reggae album Vibes.  On a Foxxhole radio broadcast preceding the album’s release, he declared his rap career as being very much over.

Even when taking his considerably full life into account, Heavy D’s death comes as a decidedly unpleasant shock.  Heavy is one of the few rappers in the history of the music that seemed to truly enjoy and savor his craft as well as his time in the spotlight. Even in his recent performance at the 2011 BET Hip-Hop awards, his enthusiasm was apparent.  He basked in the adoration of the crowd, but he also enjoyed providing them with the gift of entertainment.  In the end, Heavy D’s legacy is one of love.  Peaceful Journey, Heavy D. We are already missing you.