Until very recently, the realm of African American organized crime was largely an undiscovered country.  Over the past decade, the amount of information available on the subject has grown exponentially.  That is due in no small part to the growth of the internet, as well as the numerous biographies and testimonials that now populate the shelves of “urban” bookstores nationwide.  What was once the sole province of “street magazines” like F.E.D.S and Don Diva is slowly becoming a vast and reliable reference library. 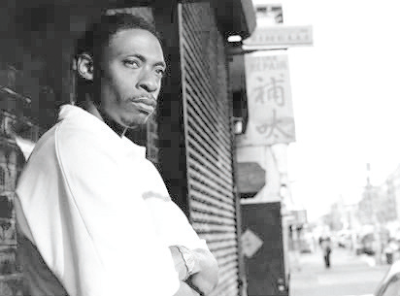 In the past year, I’ve had the honor of adding to that rapidly growing cache of information.  In doing so, I was also able to collaborate with a man whose work I’ve grown to respect and admire over the past four years.  That man is noted true crime author Ron Chepesiuk.  The result of our collaboration is ‘Straight from the Hood: Amazing But True Gangster Tales’.   The book chronicles not only the history of African American organized crime, but it’s complicated and tenuous relationship with the entertainment industry.  It covers a number of lurid tales, from the prohibition era to the Hip-Hop generation and beyond.

‘Straight from the Hood’ has received a certain measure of acclaim from those who’ve had the pleasure of reading it.  Such accolades fill me with pride, as the book is the product of lots of hard work on the part of Ron and myself.  With that, I’d like to present an exclusive excerpt.  This particular chapter tells the true story of one of Hip-Hop’s most celebrated producers and a crew of local gunmen that had dreams of becoming rap stars.  Afterward, you can head over to the Strategic Media Books website to purchase a copy.  Enjoy!

The Rock: How One of Rap’s Most Gifted Producers Ran Afoul of Some Thugs From the Home Town

As any cop or crook will tell you, the criminal element is volatile by nature. It comes with the territory. Those who live by an illegal means have a penchant for taking advantage of weakness. When trying to transition over into the legit world, they often have trouble shedding their old ways. New opportunities to enter the “straight” world are often squandered and bridges are burned.

No people feel the sting of betrayal more than those who extend a helping hand to criminals looking to reform. Kindness is mistaken for weakness, and the Good Samaritan receives a slap in the face for his efforts. All parties involved would probably have been better off had they just stayed in their own lanes.  The straight world, like the underworld, is not for everybody.
One gifted rap music producer had to learn this the hard way.

Mount Vernon, New York, a city in Westchester County that borders the borough of the Bronx, was a veritable hot bed of Black music talent in the late 1980s and early 1990s. The mostly black town birthed a number of celebrities from Heavy D to Denzel Washington.

Notable among them was rap DJ and producer Pete Rock.  After serving tenure on the legendary Marley Marls WBLS radio show, “In Control With Marley Marl,” Rock teamed up with Mount Vernon rapper CL Smooth and released the hip-hop classic Mecca & The Soul Brother. Though not a sales behemoth, the album was/is widely regarded as an artistic high point for rap music. Pete quickly became one of the most requested producers of that time period, mostly on strength of his jazzy, horn laden beats. After he and CL signed a deal with Elektra Records, Pete began to taking steps to introduce more talent from Money Earnin’ Mount Vernon to the rest of the world.

Among Pete’s many prospects was The YG’z, which was short for “Young Gunz.” The YG’z were known by many to be one of Mount Vernon’s most notorious street gangs, as its membership consisted largely of local thugs. Regardless of their reputation, Pete went to great pains to help them realize their music industry dreams. They were featured on the song “Death Becomes You,” which appeared on the soundtrack to the film, Menace II Society.

That same year, they released a seven song EP titled Street Nigga. Six of the seven songs were produced by none other than Pete Rock himself. The first single, which also happened to be the title song, was released to little fanfare. The EP itself was met with poor reviews. These factors, coupled with the group’s penchant for thuggish behavior, caused Pete to gradually disassociate from them. However, severing ties with the YG’z would prove much harder than anticipated.

In the summer of 1993, at the Mount Vernon Family Day Picnic, both Pete and The YG’z were in attendance. Combat Jack, a writer for hip-hop website www.byroncrawford.com was in attendance as well. On March 25, 2005, Combat Jack wrote a detailed account of events that supposedly took place at the picnic. Supposedly, Pete was assaulted by members of the YG’z while talking to a young woman. They approached him and demanded his attention. When he obliged, a YG’z member subsequently sucker punched him, knocking him unconscious and sprawled out on a picnic blanket. While incapacitated, the YG’z allegedly rifled through his pockets and robbed him.

Upon regaining consciousness, Pete was said to have left the event in great haste. The incident was never reported to the authorities by either Pete or anyone else in attendance. In the same article, Combat Jack said these events repeated themselves at a black tie music industry event he also attended.

Pete Rock himself, however, remembers things quite differently, as noted by the UK hip-hop publication Hip-Hop Connection.  According to Pete, he merely had a physical altercation with a friend who was trying to embarrass him in front of the crowd. After knocking the man down, Pete claimed he ran to escape the authorities. Pete said that the man was not a member of the YG’z but, in fact, was a childhood acquaintance that has since passed on. He seemed remorseful. His version of events did not include the YG’z at all.

Aside from these two accounts, neither side has anyone to collaborate their story. The incident was never officially reported, so there is no way to substantiate either side. Since that picnic, rumors have persisted all throughout Mount Vernon. With every retelling of events, the story grows more elaborate and intricate. It became part of local hip-hop folklore. Interestingly, more people are perhaps familiar with the many stories surrounding this incident than with any of the YG’z music. At the other end of the spectrum, Pete Rock is known mostly for his artistic output.

In the years following the incident, Pete Rock and CL Smooth parted ways. Pete Rock continued to produce music for well-known rappers such as Nas, Public Enemy, Heavy D, and the Notorious B.I.G. He continues to release albums to this day.  Though the style of rap music production he pioneered is no longer in favor, he maintains a small but loyal following among East Coast hip-hop traditionalists.

The YG’z, on the other hand, have completely faded into Hip-Hop obscurity. They were dropped from Elektra, never to release an LP. The Street Nigga EP is now a forgotten relic of hardcore rap. The era of gangbanging they represented soon gave way to the proliferation of L.A. street gangs that began infiltrating the jails and streets of New York City throughout the remainder of the 1990s. The black music scene in Mount Vernon also diminished, though its contributions have not been forgotten.

Pete Rock aka The “Chocolate Boy Wonder” learned the hard way that his musical talents and general good will would be better suited to those who are deserving of it. The YG’z learned that the extortion and strong arm tactics cultivated in the streets do not play well in the legitimate world.
Real world gangsterism, unlike its musical counterpart, has consequences. Having real gangsters making gangster music might seem like the perfect match to outsiders, but those in the industry know better. Street knowledge and the ability to be a successful criminal can never compensate for true talent

If you enjoyed this excerpt (as I’m sure you most certainly did), you can purchase a copy of ‘Straight from the Hood: Amazing but True Gangster Tales’ from the Strategic Media Books website, where it is being offered for the best available price.  You can also check for news, updates, and interviews featuring Ron Chepesiuk and myself on the ‘Straight from the Hood’ Facebook page.
Posted by Unknown at 3:10 PM