When an iconic artist appears to be long past his prime, fans find themselves wishing he would either return to form or just call it a day.  While the latter would be the most realistic option, it’s not so easy for those who’ve tasted success to throw in the towel.  They often begin trying to their glory days, making it all the more obvious that their skills have atrophied.  Amazingly, some artists are able to keep their tools sharp indefinitely.  KRS-One has long purported himself to be such an artist, and his upcoming 20th studio album Just Like That aims to prove it. 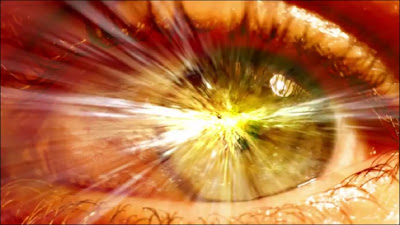 “Aztechnical,” the second song and video from Just Like That, deals with the apocalyptic myths surrounding the year 2012.  It specifically targets the alleged significance of the date December 21st 2012 on the Mayan Calendar.  Much like his classic song “Why is That?” It attempts to debunk myths and misinformation.  KRS again enlists the help of producer Mad Lion to recreate the energy and attitude of his golden era self.  For the second time in a row, the results are surprisingly effective.
Right from the outset, the song blaringly announces its arrival.  Primal drums bubble and pound beneath uproarious horns and a ringing electric guitar.  The combination of sounds emanates a serious jungle vibe, almost like a tribal ceremony.  Robust as ever, KRS begins to shout the preamble to his latest sermon.  The beat and the vocals seem to be competing with each other.  The clash makes for an unsettling, yet compelling, listening experience.

The lesson begins.  KRS uses the hysteria surrounding the year 2012 to illustrate his point.  He shows how such fears are exploited by the entertainment complex, and how the populace is susceptible to such tactics due to their willful ignorance.  Simply researching such phenomena would render it impotent.  Likewise, cultural pride and self-knowledge are also effective counter measures.  A people with no sense of their own history and culture will swallow anything the powers that be present them with.

KRS then offers an intricate and detailed breakdown of the science behind the Mayan calendar, as well as a history lesson about how Cortez conquered the Mayans.  He did so by thoroughly learning their culture and applying what he knew. He turned their fear against them.  KRS tears through an amazing amount of information in a matter of minutes.  He does so with the speed of a cheetah.  The listener may find themselves holding on for dear life at certain points.  Still, it’s a compelling listen in that it grabs ahold of one’s attention and never and maintains that grasp throughout.

As expected, the video makes heavy use of Mayan imagery.  As with “Just Like That,” green screen effects are likewise heavily used.  All things considered, the special effects are impressive for such a meager production.  They aren’t on the scale of anything by WETA or ILM, but they achieve the illusion to a good enough degree that the listener is never distracted.

“Aztechnical” is a good example of rap music as a form of communication.  After all these years, it’s still an effective forum for the dissemination of vital information.  Listening to this song is much easier than doing the actual footwork that KRS must have done before writing it.  Ironically, that is exactly the kind of apathy and laziness that the song decries.  It seems that in trying to cure said apathy, KRS has actually contributed to it in an odd and unintended way.  Then again, maybe I’m just overthinking a really dope song.