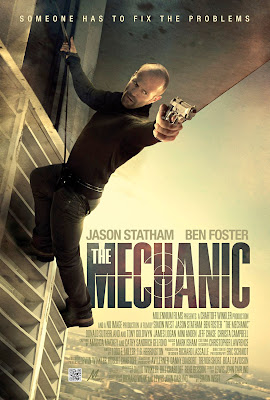 Jason Statham has always been kind of perplexing for me as a movie star.  On the surface, he is everything I like in an action hero.  He’s got great charisma and physicality, and he’s not half bad as an actor.  Yet he’s never done a movie that I’ve been an unabashed fan of (though I did enjoy both Crank movies).  Perhaps that’s because of the self-aware tone exhibited by The Transporter films.  It probably also has to do with something that a friend pointed out to me a few days ago.  Fans have become irreversibly jaded, to the point where we can no longer recognize anything but the highest of quality.  Something simply being “good” is no longer good enough.  It has to look and feel brand new, fresh off the showroom floor.  In a world where there are no new stories to tell, that kind of thinking can be problematic.
Read more »
Posted by Unknown at 8:16 AM No comments: