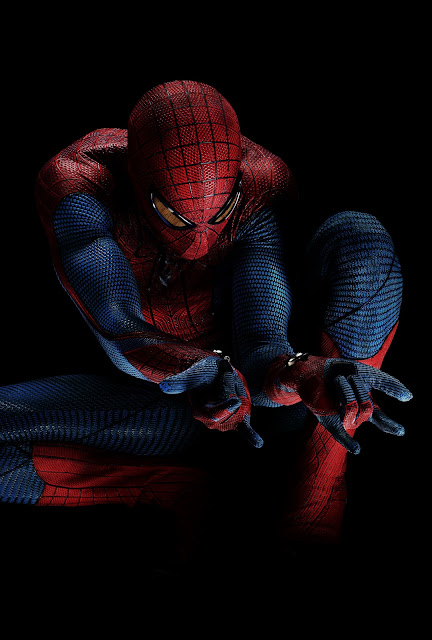 The previous images of the new Spider-Man costume from the upcoming reboot left me unmoved.  The first official image, which showed Andrew Garfield standing pensively in a tattered Spider-man costume, felt anticlimactic aside from some subtle alterations.  I found the additions of mechanical web shooters to be inconsequential.  Then, behind-the-scenes photos from the films Los Angeles set threatened to turn my apathy toward the project into an active disdain for it.  They showed a brightly colored Spidey engaged in some truly unspeakable poses with a random thug.  All of the aforementioned had me convinced that this film would be an outright disaster.
Read more »
Posted by Unknown at 3:57 PM No comments: