"Attack The Block" Attacks The Web With Two New Clips 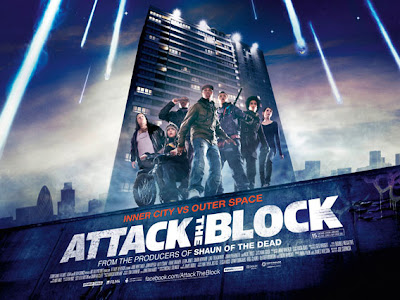 The buzz surrounding Attack the Block has been steadily growing to a roar since its premiere at the South by Southwest Festival.  The sci-fi action comedy continues to amass fans and supporters at an exponential rate.  By the time it officially arrives stateside, it could be poised for the kind of runaway mainstream success that eluded other U.K. imports such as Shaun of the Dead and Hot Fuzz.  In fact, Attack The Block was produced by the same team behind those two cult favorites.
Read more »
Posted by Unknown at 5:12 PM No comments:

The key to serialized storytelling is to leave the viewer wanting more.  It’s hard to grab the audiences attention and even harder to maintain its interest.  As America’s collective attention span continues to shrink, storytellers in all mediums have had to make a few adjustments.  Characters and setting have to be established immediately and information must be relayed in as direct and efficient a manner as possible.  Once that is accomplished, you’ve got to give your audience a reason to keep coming back to the well.  A cliff hanger ending is a useless gesture when attached to an uninteresting story.
Read more »
Posted by Unknown at 11:00 AM 3 comments: