The Dark Side of Victory 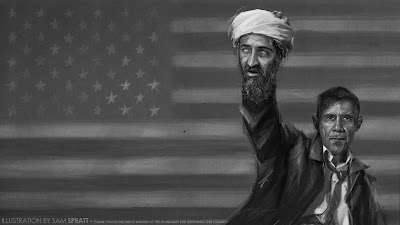 In the wake of president Obama’s recent “victory,” my feelings are mixed.  Immediately upon hearing the news that Osama Bin Laden had been killed, I felt a sense of elation not too dissimilar to the displays that where shown on television late Sunday night and early Monday morning.  I felt proud of President Obama, and happy that he had finally scored a decisive “win” to counterbalance (and possibly negate) all the criticism he has received since his term began.  My posts on Facebook reflected this.
Read more »
Posted by Unknown at 6:45 AM No comments: