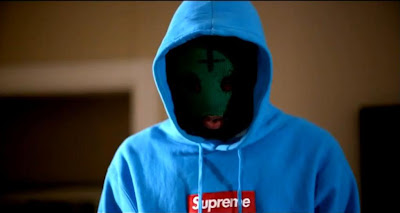 In the modern era, rap music has become a forum exclusively for winners and those who wish to cheer them on.  The losers rarely if ever get the spotlight, and when they do they are mostly cast as the mythical haters that the winners obsess over.  In eras past, skilled rappers gave us some insight into the perspective of the guy who finishes last.  Slick Rick and Biz Markie were masters at this.  In the internet age, it is very likely that proverbial losers abound now that celebrity has turned into a 24 hour a day spectator sport.  That kind of detachment has got to foster some rather unhealthy mindsets in regards to male/female relations.  Tyler the Creator, fearless leader of the often misunderstood Odd Future collective, lets us inside the mind of one who lives with unrequited lust in the video for “She.”
Read more »
Posted by Unknown at 7:04 PM No comments: 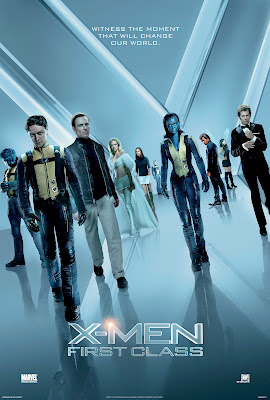 Amidst the chaos of World War II, three prepubescent mutants become aware of their special gifts.  In a German concentration camp, Erik Lensherr discovers he has the power of magnetism.  In Westchester County New York, the telepathic Charles Xavier meets the shape shifting Raven.  Flash forward to the early 1960’s, and the atomic age has made the reality of nuclear war a constant threat.  Xavier has dedicated his abilities to the study of genetic mutation, as well as trying to find a bridge between mankind and mutants.  Raven is now his foster sister.  Erik trots the globe on a vengeful quest.  The seemingly divergent paths of both parties lead directly to Sebastian Shaw and his associates, who represent a considerable threat to world security.  With the help of a mysterious CIA agent, Lensherr and Xavier join forces to stop Shaw and find other mutants to join there cause.  Thus begins a new age in the history of mankind.
Read more »
Posted by Unknown at 4:06 PM No comments: