In the 1980’s, America’s toy companies realized that syndicated cartoons where perhaps the most effective vehicle for marketing their wears to kids.  Mattel opened to the floodgates with a Filmation produced series based on its Masters of the Universe toy line.  The joint venture was a resounding success, helping to move Masters of the Universe merchandise out of toy stores by the truck load.  Not to be outdone, Hasbro had similar plans for a new product that was actually a hybrid of the Microman and Diaclone toy lines from Japan.  It featured robots that transformed into a variety of vehicles, weapons, and even animals.  There would even be an accompanying Marvel comic in the vein of Hasbro’s successful G.I. Joe: A Real American Hero line.  The formula worked yet again, as Marvel/Sunbow’s syndicated Transformers cartoon proved wildly popular.  A feature length animated film was released on August 8th of 1986.  It was meant to serve as a bridge between the shows second and third seasons.  The film unintentionally became a rite of passage for fans, exposing them to the harsh realities of death and loss. 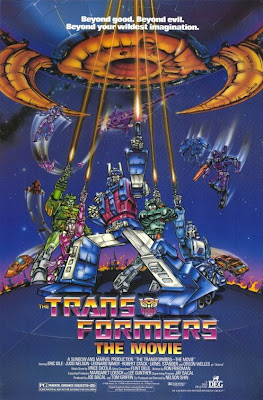 Amidst the smoldering ruins of Thundera, Lion-O mourns his father and contemplates revenge.  He then sets out to find Mumm-Ra’s lair with Tygra and Cheetara in tow.  WileyKit and WileyKat tag along against Lion-O’s wishes.  When the quintet reaches the treacherous Sea of Sands, they encounter Captain Koinelius Tunar and his crew of fishmen.  Tunar is obsessed with capturing a creature known as Ramalak.  Lion-O and company find themselves as participants in Ramalak’s wild quest, whether they like it or not. 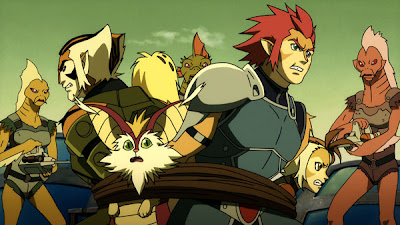