While studying the book of Omens, Lion-O is suddenly transported back in time.  He witnesses key historical events through the eyes of his ancestor Leo, whose body he inhabits.  In the distant past, the Thundercats served as Mumm-Ra’s army, and Leo as his second in command.  Leo intends to overthrow his master and liberate his people.  To do so, he plans to intercept the coveted “warstone”, an item that is to be delivered to Mumm-Ra upon its recovery.  Once the stone is in his possession, Leo will confront Mumm-Ra and inspire the other species under his rule to rise up against him.  Thus begins the Thundercats existence on Third Earth. 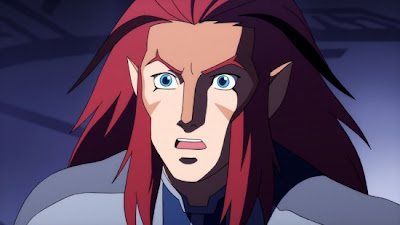