On the Front Lines: An Interview With Writer Douglas Century (Part 2)

In part two of ‘On the Front Lines: An Interview With Writer Douglas Century’ (Click here to read part one), Douglas discusses the validity of the 52 Hand Blocks as a fighting system. 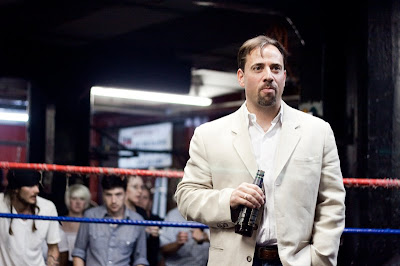 Email ThisBlogThis!Share to TwitterShare to FacebookShare to Pinterest
Labels: Interviews

Action films often play like a parade of clichés.  Surprises are few and far between, as even the best genre offerings contain relatively few of them.  After all, how many ways can one present a shootout, car chase, or fist fight?  If Welsh filmmaker Gareth Evans has anything to say about it, the variations on such genre staples are endless.  While other filmmakers keep the volume at a moderate level during their jam sessions, Evans prefers turning it up until the knob twists off the receiver.  How do I know this?  I just watched the insane trailer for his new film The Raid, which is playing at the Toronto international Film Festival this year.  The images I saw make me fearful to view the film in its entirety.  The sheer action junkie nirvana it induces might be too much for my nervous system to handle. 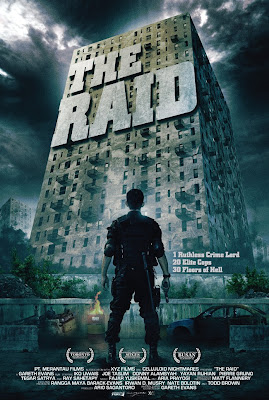