LBP Stunts will not be denied.  It’s just that simple.  Even the throwaway material from those guys is worth a look.  Their latest experiment was conducted as a test of the Sony FS100 Super 35mm digital motion camcorder.  It’s a bit of test footage depicting a physical confrontation between a mugger and a victim in a multilevel parking garage.  Emmanuel Manzanares plays the attacker and Shawn Bernal the target.  As expected, the two engage in a bit of fierce fisticuffs.  As is the standard for LBP stunts, the choreography comes at the viewer fast and furious.  Moves and countermoves are unleashed in rapid and hard hitting succession. 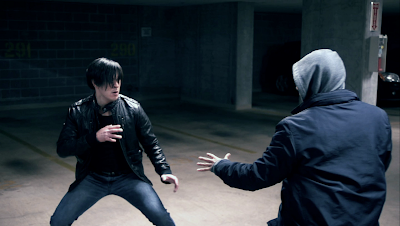 'The Raid' Gets a Somewhat New Trailer

As the excruciatingly long wait for the North American release of Gareth Evan’s Indonesian action extravaganza The Raid continues, plans have already been announced for both a sequel and a Hollywood remake.  Meanwhile, many of us stateside continue to salivate over the red band trailer that got released a few months back (you can read my review here).    A new extended trailer got released recently, which contains much of the same footage as the first.  It was originally shown at the Indonesia International Fantastic Film Festival.   Gareth Evans posted it on his blog yesterday.  It shows a bit more graphic violence and boasts a new musical composition by Fajar Yuskemal and Aria Prayogi.   It again emphasizes the insanely kinetic energy on display in the various fight scenes and shoot outs.  Though it offers only minor differences from the red band trailer, it still demands countless viewings by any self-respecting adrenaline junkie.  Such well-crafted carnage goes a long way in satiating the collective longing for the heyday of Hong Kong action cinema.  Screen Gems needs to get this into North American theaters and then onto Blu-Ray ASAP. 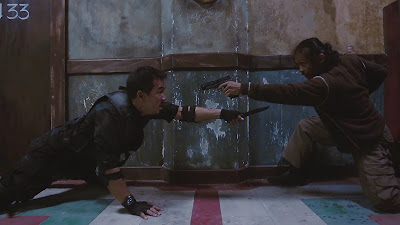