LBP Stunts Chicago seems to have a bottomless reserve of energy.  They channel it into a number of endeavors, from short films to experimental clips and now music videos.  You read that last part right: music videos.  No, LBP has not formed a band of any sort (or God forbid a rap group).  They have simply put together some visual accompaniment for a few existing pieces of music.  The visuals in question are not a random collection of disconnected images.  No, these are recreations of key fight scenes from some three of the more notable anime properties from the past 20 years.  The curiously (though fittingly) titled Boogie Woogie Feng Shui No. 5 (Live Action AMV - Anime Music Video) is a trilogy that clocks in at about seven minutes, but acts as a greatest hits package of sorts. 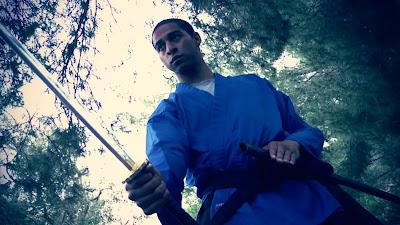