Superhero comics are sometimes criticized by detractors as being stories that never end about characters that never age.  Such a reading characterizes the form as lacking a sense of purpose, evolution, and finality.  Likewise, that same criticism is often leveled against movie franchises featuring said heroes.  The current trend of “rebooting” certain franchises does nothing to contradict that notion, as these reboots usually occur without the previous cinematic iteration of the character having reached anything resembling closure.  The Dark Knight Rising stands apart from its peers in that the marketing emanates a sense of finality.  The second poster for the film places that sentiment firmly in the forefront. 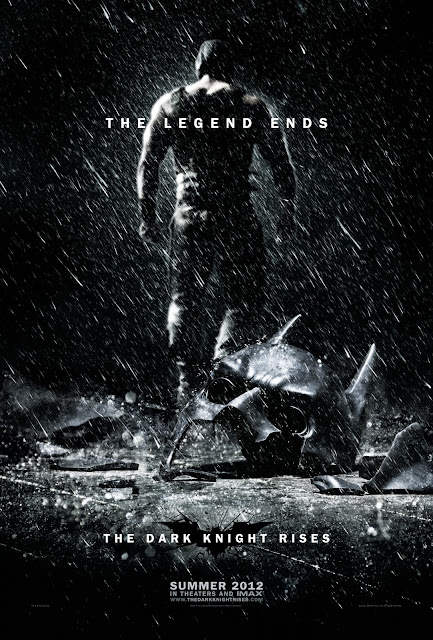