Spider-Man 3 made it all too easy for detractors to focus on what Sam Raimi got wrong in bringing the web-slinger to the big screen.  That is unfortunate, seeing as how he had a relatively solid track record up to that point.  The first Spider-Man film kicked the superhero revolution into high gear, proving the genre’s appeal to be much broader than anyone had previously thought.  Spider-Man 2 is arguably the greatest film of its kind ever made.  Yet, even those films had their share of missteps.  Among the more nonsensical decisions made was to cover up William Dafoe’s wonderfully expressive face with a plastic mask/helmet hybrid.  That design ran contrary to the one in the comics, where Norman Osborne sported a close fitting rubber mask more akin to something out of Mission: Impossible. 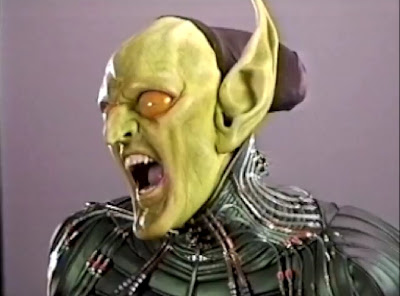