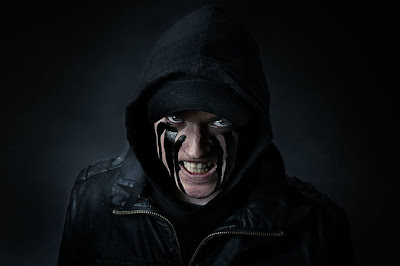 In the rare case of Michael Morrissey’s film ‘Boy Wonder’ (Click here to read my review.), comics served as the primary inspiration for perhaps the most realistic vigilante film in years.  When listing the very best films of 2011, influential film critic Roger Ebert gave the film an honorable mention of sorts, regarding it as excellent.  ‘Boy Wonder’ is definitely one of the more low key films of its kind, as Michael Morrissey took a decidedly concise approach the material.  That quality became instantly evident upon talking with him.  This is a man who has a lot to say, yet manages to convey those thoughts in relatively few words.

Scott Wilson: How did the idea for Boy Wonder come about?

Michael Morrissey: The name just came to me.  I know who Robin is.  It’s kind of a misdirection, which is what the whole movie is about.  I don’t mean misdirection in terms of trying to fool people into thinking my movie is about Robin.  You think hero when you think Boy Wonder.  You think perfect kid, and when you first meet this character you think that about him.  He’s going to fight bad guys, he’s smart, he’s intelligent, and he’s physically fit.  But he’s really not the Boy Wonder.  He’s the anti-Boy Wonder in some ways.  He’s a twisted individual.  It just seemed to fit with me.  I fought with everybody about the name.  It makes a lot of sense to me but not to everybody else (Laughs).

Scott Wilson: Why did you choose to do a realistic drama as opposed to an action picture or a traditional superhero movie?

Michael Morrissey: To me, this was a real superhero movie.  I was a fan of Frank Miller comic books in the late eighties and early nineties, as well as the whole X-Men series.  The stories that I liked, like Daredevil, weren’t so action packed.  They were more about emotional content.  That’s why the movie’s pace is the way it is.  I felt like that’s what I was doing.  I would love to do action movies someday, but I didn’t think it (Boy Wonder) warranted that.  That’s just part of the story.

Scott Wilson: Although you didn’t mean for Boy Wonder to be an action film, were you at all influenced by classic action films and urban vigilante movies like Death Wish?

Michael Morrissey: I was influenced by action films, but not so much Death Wish.  The Professional is something that sticks in my head.  I love The Professional even though it was a hitman and not a vigilante.  I loved Unbreakable.  Everybody kind of hated that movie from M. Night Shyamalan, but I thought it was great.  It (Boy Wonder) wasn’t trying to be Death Wish, even though I thought Death Wish was a great movie.  It just happened to be the same topic.  If any movie really influenced me, it was Taxi Driver.

Scott Wilson:  You set your movie in Brooklyn, NY.  New York City is considerably safer now than it was in the 1970’s or 1980’s.  If you had made Boy Wonder in either of those eras, or made it a period piece that took place in either era, would you have increased the amount of violence in it?

Scott Wilson: The fight scenes in Boy Wonder take into account Sean Donovan’s (the main character) physical size and all of the drawbacks that entails.  Opponents who are physically bigger and stronger than Sean are able to throw him around.  He has to use weapons to beat them.  What made you take that approach to the fight scenes as opposed to going the Jason Bourne route?

Michael Morrissey: I’m about 165 lbs. I’ve studied martial arts since I was about 13 years old.  You can have all the great moves in the world, but if you have a big guy against you, he’s going to take you for a ride.  You need to be able to fight a little dirty if you’re going to win, and I think Sean is all about results.  His hero character is all about results.  He gets down and dirty.  He’s going to try to fight conventionally, but if that doesn’t work he’s going to go the other route.  He’ll even use a gun if he has to.

Scott Wilson: You have Sean Donovan using a variety of different weapons, from expandable batons to semi-automatic pistols.  Why not just have him amass an arsenal of guns and shoot his targets?  Did you feel that it would make the film less interesting to just simply have him use guns?

Michael Morrissey: I think there’s no punishment in that for Sean.  He wanted to punish these people.  I think that every villain he’s going after is really like his father.  He’s not happy until they are punished.  It’s kind of why I think he lets them beat on him in the beginning.  He gets beat up a little bit and then he kind of takes them on.  He does what he always wanted to do to his dad.  His dad used to beat up on him but he never did anything back.  So in these fights he’s getting beat and he turns around and he beats somebody else.  In one of these scenes he has this wicked fight and he almost gets himself killed and then he finally shoots the guy.  He realizes it’s not going to get any better than that, that he’s not going to win this fight.  Sean wasn’t just about eliminating. He was definitely about punishing people.

Scott Wilson: Mark Millar initially proposed Kick Ass to be a more realistic take on superheroes, but he seemed to renege on that halfway through with the introduction of Hit Girl.  Also, the action scenes became a lot more apocalyptic and unrealistic.  Do you see your film as staying more true to that central idea of a realistic take on a superhero?

Michael Morrissey: I think its two different movies.  I think that the mindset and the motivation of Mark Millar’s character in Kick Ass are so different from Sean.  People go “Why did he do this?  Is he trying to help people?”  I’m like “Sean is not doing it for you and for the public.  He’s doing it for him and his beliefs.”  I think that the character in Kick Ass is doing it because he thinks it’s cool.  It made him popular.  I think that Sean is a very demented kid and that Mark Millar’s character is kind of just a regular kid that wanted to be cool.  Walking around in a scuba suit makes for a good comic and a good movie.  I don’t know if it makes for a drama, the psychological background of a kid who would do something like that, even though that kid would be weird.

Scott Wilson: Will you ever use this kind of material to do a more traditional action and/or superhero picture?

Scott Wilson: How did it feel to have your film recognized by Roger Ebert on his “best of” list for 2011?

Michael Morrissey: It’s mind blowing.  I read it while I was working and I looked around the room.  It just doesn’t compute to me.  Of all the films, he picked mine.  It was one of 25.  I grew up watching him on TV.  He’s like the only name my parents know.  I told them about his review, and they were like “Wow!”  People have problems with Roger Ebert.  I think he’s a great critic.  Well, obviously now I do.  He says what he likes.  He doesn’t have to defend himself.  It’s humbling and insane to see that he picked our film.  It’s really amazing.

Scott Wilson: What can we expect from you in the future?  Is this the last we’ll be seeing of Sean Donovan or can we expect further adventures with him?

Michael Morrissey: I kind of had a script written in my head for Boy Wonder 2 or whatever we would call it.  I think it’s a real interesting story.  Where does this kid go now?  I would be happy to do that, but I’m not pursuing that right now.  I’m pursuing a project called Mother, which is a psychological horror thriller about the one survivor of a serial killer and how she deals with the rest of her life.  I guess it’s the psychological portrait of somebody who doesn’t have a regular life.  There are different twists and turns. It’s kind of what I want to get done, but if Boy Wonder does really well and there’s a financier who wants to help me make it, I’d be happy to make Boy Wonder 2.