Last week, a seven minute trailer for Django Unchained wowed audiences at the Cannes Film Festival.  The rest of the world will have to wait until the release of Ridley Scott’s Prometheus to see any of it, as Ridley Scott’s film will carry a teaser for the highly anticipated spaghetti western.  Until then, British film publication Empire Magazine has provided a batch of new photos to satiate the lust for all things Tarantino. 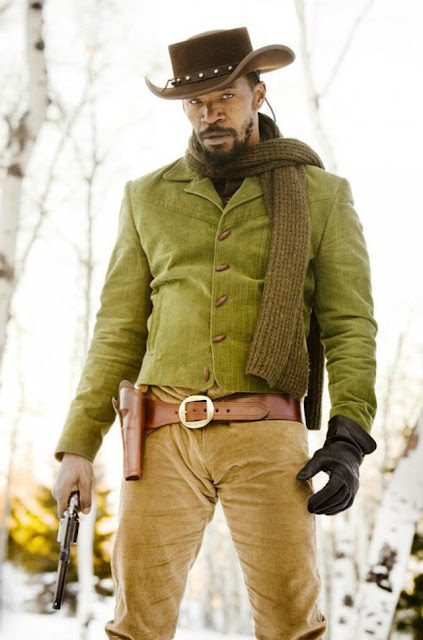 My favorite of this new batch shows a scruffily goateed Jamie Foxx, clad in green and holding a gun in his gloveless hand.  He’s also striking what I assume is his version of a manly old west pose.  It feels a bit off, but that’s very much in keeping with the weird ambience of the Tarantino-verse.  Another one shows Dr. King Schultz (Christoph Waltz) busting shots in front of a saloon.  He sports a casual expression as gunsmoke and muzzle flashes erupt from his six-shooter.

The other images have a bit more of traditional western feel, but they still offer a pretty good idea of the aesthetic Tarantino is going for.  His idea of “traditional” is usually anything but, and Django Unchained is surely going to be one bizarre ride through the old frontier. 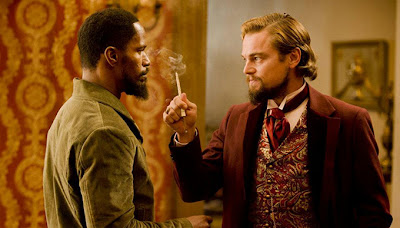 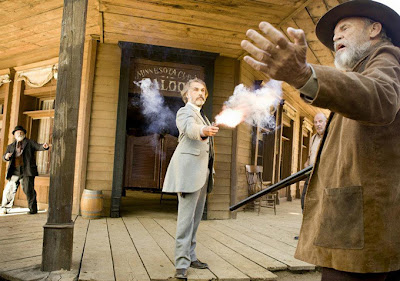 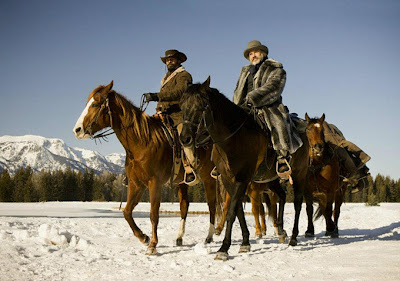 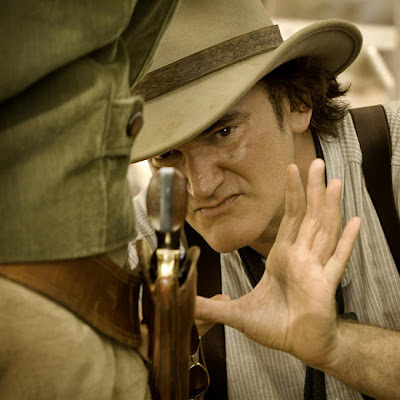