The release of a new Tyler Perry movie is hardly a cause for celebration as I’ve become quite indifferent to such things over the last three years.  Tyler has an audience, and each year will bring at least one new film for them to fawn over.  Despite my personal tastes, my less hateful side refuses to let me completely write the man off.  Atrocious though his filmography may be, I keep hoping against hope that he will one day sire other, more talented Black filmmakers than himself.  For right now, the world will just have to settle for more Medea films…or will it? 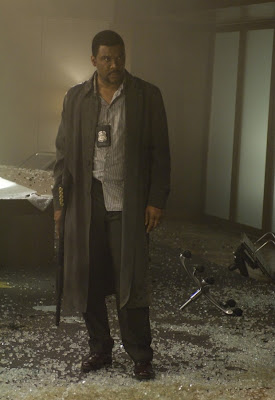 Imagine a Bizarro world where Tyler wields guns instead of church fans.  Seems far-fetched, no?  Guess again.  Tyler’s much talked about turn as the title character in Alex Cross has generated much interest as the production enters its next phase of pre-release publicity.  Some new images have surfaced over at The Film Stage, and they show the cross dressing entrepreneur looking rather gully.  He sports a badge and trenchcoat while wielding a pistol grip pump.  He also looks a bit disheveled while standing in the middle of glass strewn floor.  As much as I can’t stand this guy, I got to admit, these pictures capture my imagination.

Though I’m still not sure if I totally buy the idea of Tyler Perry as a “badass,” I’ll take this incarnation of him over Madea any day.  Idris Elba, who stepped down from the role, would have clearly been the better choice.  Still, seeing Tyler look like he just walked out of an episode of Law & Order has inspired me to take a “wait and see” attitude with Cross.  That’s more than I can say for anything else he’s ever done.

Even more interesting are the images of Matthew Fox’s as the villain.  He can be seen here in an MMA octagon looking like someone just popped him out of action figure packaging.  He plays Michael "The Butcher of Sligo" Sullivan.  The character is a murderous psychopath who works under contract with the mafia.  Looking at these photos has me thinking that maybe Tom Hardy was the wrong choice for Bane.  Though Fox isn’t at all bulky enough for that role, his dangerously low percentage of body fat is staggering.  I’m a push over for psychopathic bodybuilders as villains in these kinds of flicks.  Something about that idea has always made perfect sense to me. 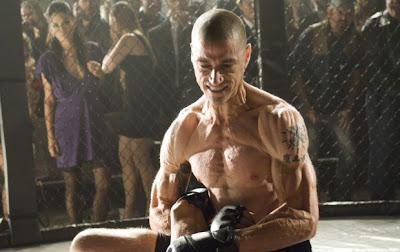 So here we have Tyler Perry looking plausible as a gun-toting gumshoe, and Matthew Fox looking like the heir apparent to Max Cady.  The more I learn about this production, the more interested I am.  It doesn’t hurt that Rob Cohen, the man behind The Fast & The Furious, is sitting at the helm.  Though the Medea movies will always suck no matter what, I’m actually rooting for TP this time out.  There is a dearth of decent Black heroes in movies these days.  If Tyler turns out to be halfway decent in that vein, I see no reason to discourage him.  Feel free to judge for yourself, as I have placed the rest of the images below. 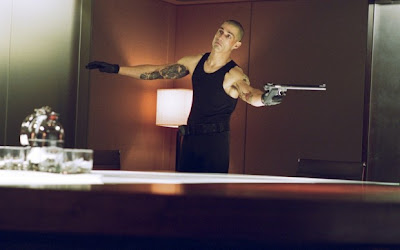 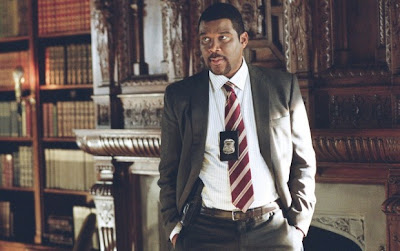 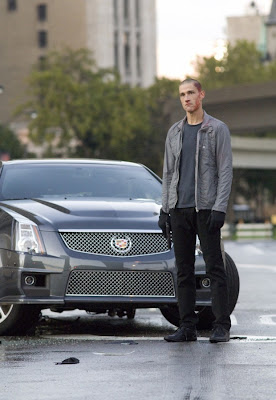