Director John Woo is no stranger to the world of eastern gangsters.  His seminal heroic bloodshed classics were considered by the authorities in Hong Kong to be moving recruitment posters for the Triads, whose membership swelled greatly during the 1980’s.  Despite their romanticism, or perhaps because of it, Woo’s collaborations with actor Chow Yun Fat became perennial favorites.  Their influence can still be felt today.  Now, Woo will be lending his distinct touch to a different kind of eastern crime film.  He is slated to produce and direct Day of the Beast, a remake of the 1963 “yakuza eiga” classic Youth of the Beast. 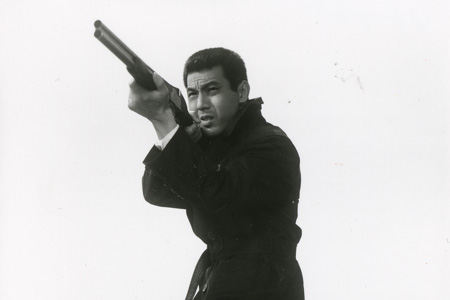 Day of the Beast will be a joint production between Lion Rock Productions (Owned by John Woo and Terence Chang) and the Nikkatsu Corporation.  It will be filmed in English, and done largely in honor of the Nikkatsu Corporation’s 100th anniversary.  According to Nancy Tartaglione over at Deadline.com, “DAY OF THE BEAST follows a western outsider with a grim past as he becomes embroiled in a global turf war between a vicious new breed of Yakuza and old school Cold War Russian mobsters. It’s an action-packed saga of loyalty, revenge and redemption which erupts in the heart of Tokyo.”  That summation makes it sound somewhat similar to Paul Schrader’s criminally underrated The Yakuza.

I’m not at all familiar with the original, but its trailer suggests that John Woo will be right at home.  There’s melodrama to spare, and even a Mexican standoff of sorts.  Still, I’m curious as to how this melding of Eastern sensibilities will play out.  Most of the yakuza eiga I have seen (particularly the works of “Beat” Takeshi Kintano) tend to be slowly paced.  John Woo’s action films, on the other hand, are of an entirely different ilk.  Will he modify his approach to suit a more “Japanese” sensibility?  Part of me hopes not, but then again, it would be a shame for him to simply make a Japanese version of his Hong Kong films.  This is an opportunity for him to do something new with familiar material.