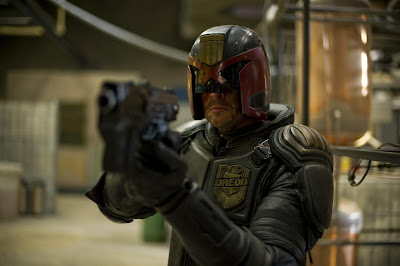 As incredibly brief as this glimpse is, it really gets the blood pumping.  It’s a collage of strobing, slow-motion images set mostly to an escalating violin shriek.  It ends with dreamy chimes reverberating as the title character grumbles the line “negotiations are over.”  Though I recognize that it’s nothing but a parade of visual clichés, I can’t deny how great it looks.  Dredd may end up being a visual treat if nothing else, which is much more than can be said for the Stallone vehicle.