Comic book fans have always debated hypothetical battles between their favorite characters.  Super Power Beat Down uses this ages old practice as the basis for a web series.   Imagine Spike Television’s Deadliest Warrior done with superheroes instead of historical figures and you’ll get the idea.  A group of self-styled experts pits two characters (often from different fantasy worlds) against each other.  A debate then ensues regarding the likely outcome.  A fight scene featuring both characters is then filmed by Bat in the Sun Productions.  It ends with the most probable/logical (and I use term loosely) outcome.  Viewers are allowed to vote well in advance of each episode.  Each episode begins with the debate to properly set the stage.  The fight scene is then shown before the final voting tally is revealed. 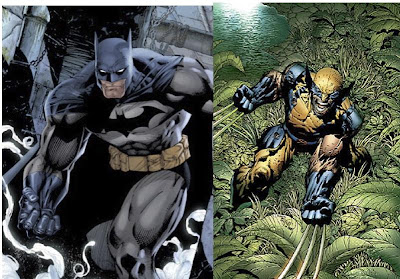 The newest episode pits Batman against Wolverine.  Though I don’t believe them to be evenly matched, Batman fans would probably argue that his endless array of gadgets makes him a formidable enough opponent for just about anyone.  Indeed, Batman’s use of both weapons and strategy to win fights features prominently here.  It makes for a sharp contrast to Nolan’s iteration of the character, who often comes off as a one note brawler.

Quite a few logistical questions come to mind.  For starters, Wolverine’s bones are laced with an unbreakable metal.  That would surely add considerable heft to his punches as well as increase his bodyweight.  Weight class and striking power are certainly factors to consider here.  Also, wouldn’t hitting the bonier parts of Wolverine’s physique do considerable damage to Batman’s limbs and extremities despite his armor?  Of course, going so far down the logistical rabbit hole is part of the fun for something like this.  The outcome of this match will piss a lot of people off, but I think it makes sense, especially if this is depicting the first ever encounter between these two characters.